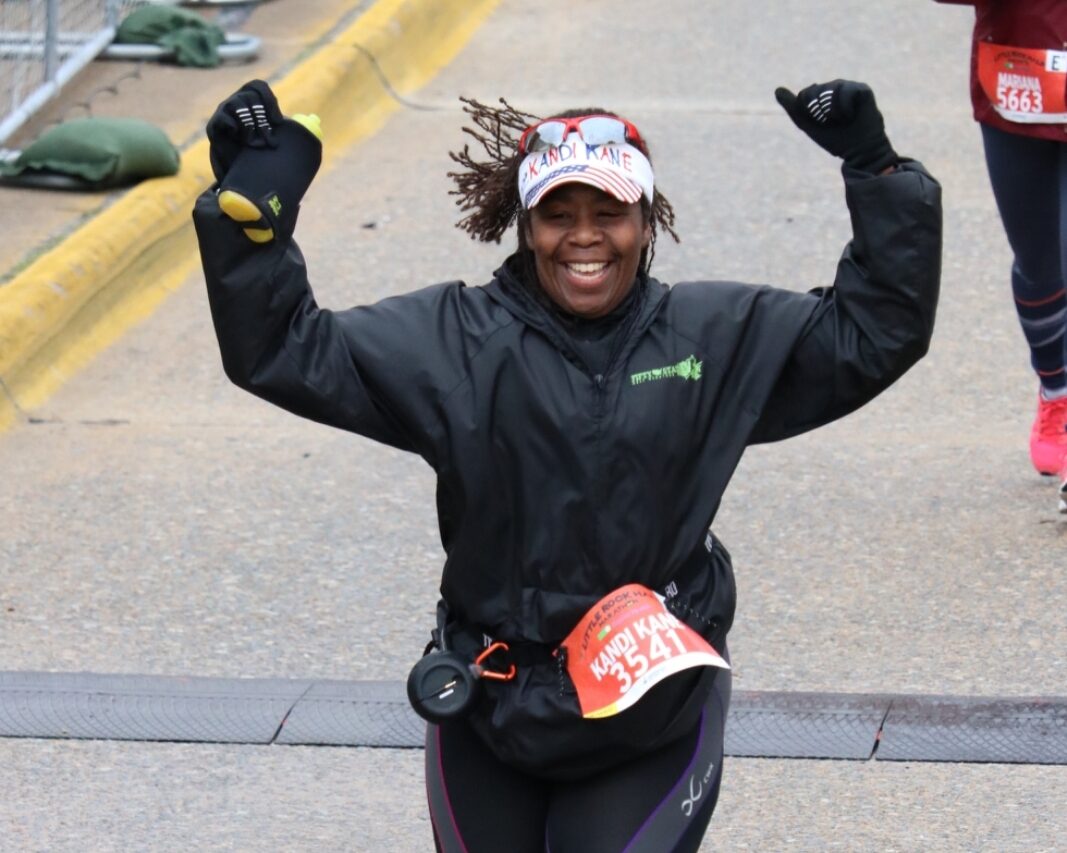 When Candice Caesar was born her mom nicknamed her Kandi and the name has stuck her whole life. Kandi served in the Army for 7 and a half years, until December 5, 1999, when her career ended due to an accident. “I sustained a traumatic brain injury and spinal cord injury which left me traumatized and paralyzed. Doctors told me, I would never walk again,” said Kandi. She faced depression during her recovery and would wish for her old life from before the accident back. However, things changed when Kandi began running. 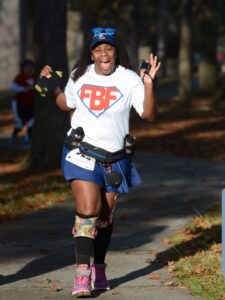 When Kandi was first injured, she used a wheelchair but then worked her way to a cane. When she began running, she decided she needed a memorable nickname. She decided on Kandi Kane. “I became Kandi Kane because my mother named me Kandi, and I thought I was pretty sweet and I previously walked with a cane,” she said.

Since she started running, Kandi has completed multiple half marathons, marathons, and triathlons. She has completed the Boston Marathon four times. Kandi even came in 1st place at the Leon’s Triathalon for the impaired ambulatory division.

“I aspire to inspire and motivate other athletes on the course. I feel God has truly blessed me and I wanted to bless others by sharing my testimony to at least one person in every state. I want to reach people that are not yet moving,” said Kandi.

Kandi is currently on her way to running a half marathon in all 50 states, and Washington D.C. The Amica Newport Half Marathon will be state number 44, as well as her 75th completed half marathon.

We’re so inspired by all that you do; good luck, Kandi Kane!