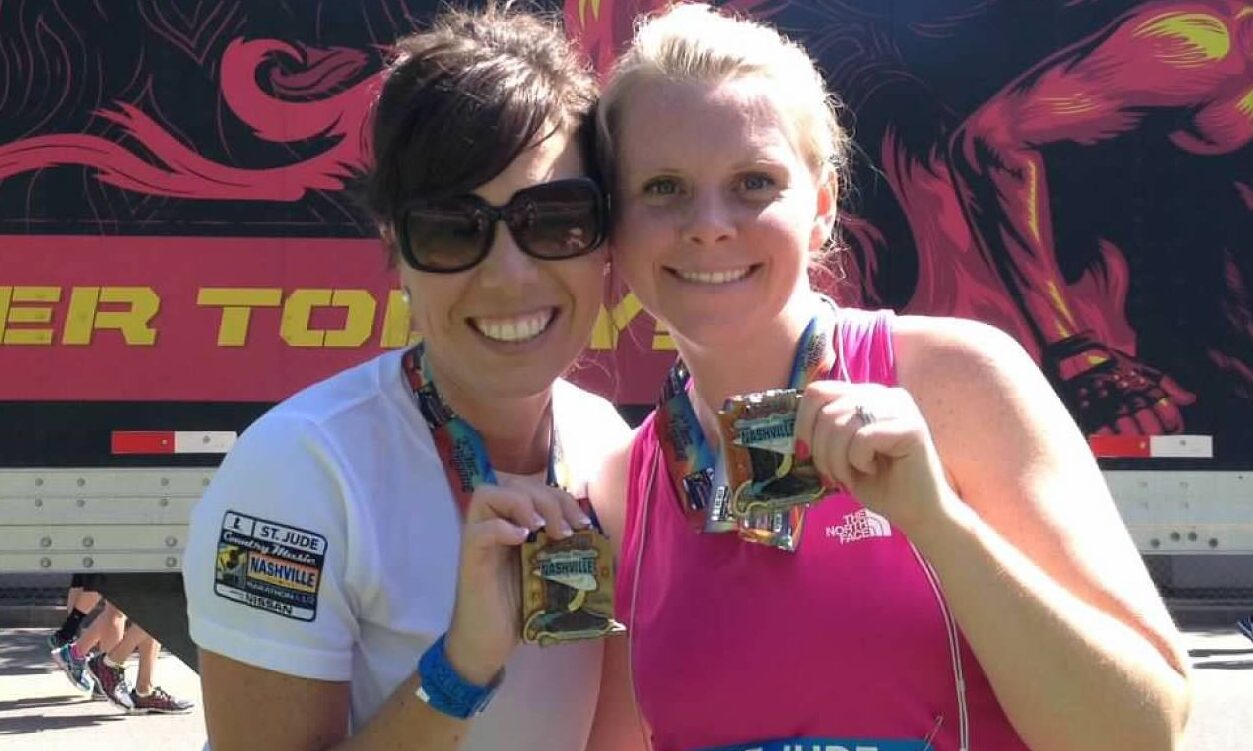 Carolyn Mertz and Jessica Kraus met in their first week of college in 1999 and the two became fast friends. Despite their different backgrounds, Carolyn being a city girl from Chicago and Jess being a country girl from Tennessee, their friendship has lasted ever since. 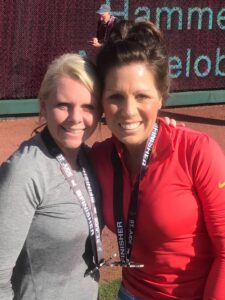 In 2014, the two friends began to run together and planned races so they knew they had set dates to see each other when life got too busy. “Between jobs, kids, family, etc, we found it hard to get together, so we decided if we got a race “on the books” then we’d be able to see each other yearly,” Carolyn said. Jess and Carolyn started sharing training runs through text and met up to run the Rock ‘n Roll Half Marathon in Nashville in 2014. After the Nashville Marathon, they ran the Lone Gull 10k in Boston and the St. Jude Half Marathon in Memphis together. They now plan on running the Amica Newport Half Marathon in October and want to run the Disney Marathon in 2021 to celebrate turning 40.

Each race has been special to the duo for different reasons. The Nashville marathon holds a place in their heart because it was their first race together. Running the Lone Gull 10k gave Jessica a chance to visit Carolyn in Boston and spend time with her children. The St. Jude Half Marathon was a unique opportunity for the two to fundraise for St. Jude families.

The two chose the Amica Newport Half Marathon because the area is beautiful and full of history, and the race was also voted a Top Half Marathon in the USA. “We are looking forward to a beautiful run!” Carolyn said.

The two say that they hope to be running together for decades to come, and we do too. See you in October, Jess and Carolyn!