Three GMM Events Listed in Top 100 Races in the USA

Gray Matter Marketing is thrilled to announce that three of the company’s events have been shortlisted for the Top 100 Races in the USA by national online race review website Bibrave.com.

The BibRave 100 breaks the races into categories by distance. The Amica Newport Marathon and Half Marathon was named one of the top 20 half marathons in the country, and both the Ocean Road 10K and BankNewport 10 Miler were named in the category for Top 25 races 10 miles or shorter. Voting continues through September 2nd at bibrave.com to rank the Top 100 races in order of preference.

“Rhode Island has a flourishing running community, and is an excellent destination for road races,” says Lisa McCurdy, Director of Communications at Gray Matter Marketing. “We’re excited that our races are included in this national top 100 list, and are thankful to our runners and supporters who nominated us for the recognition.” 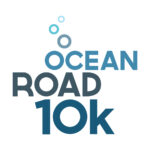 The Ocean Road 10K will take place on October 6th, 2019 in Narragansett, Rhode Island. The stunning, seaside course starts at Point Judith Lighthouse and finishes at Narragansett Town Beach, with miles of oceanfront vistas, beautiful homes, and a flat, fast course. A portion of every registration fee for this event is donated to the Narragansett Historical Society.  In 2016, the Ocean Road 10K was awarded “Best 5k/10k” and “Best Race T-Shirt” in the Northeast by Competitor Magazine. 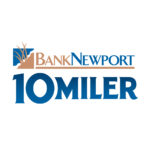