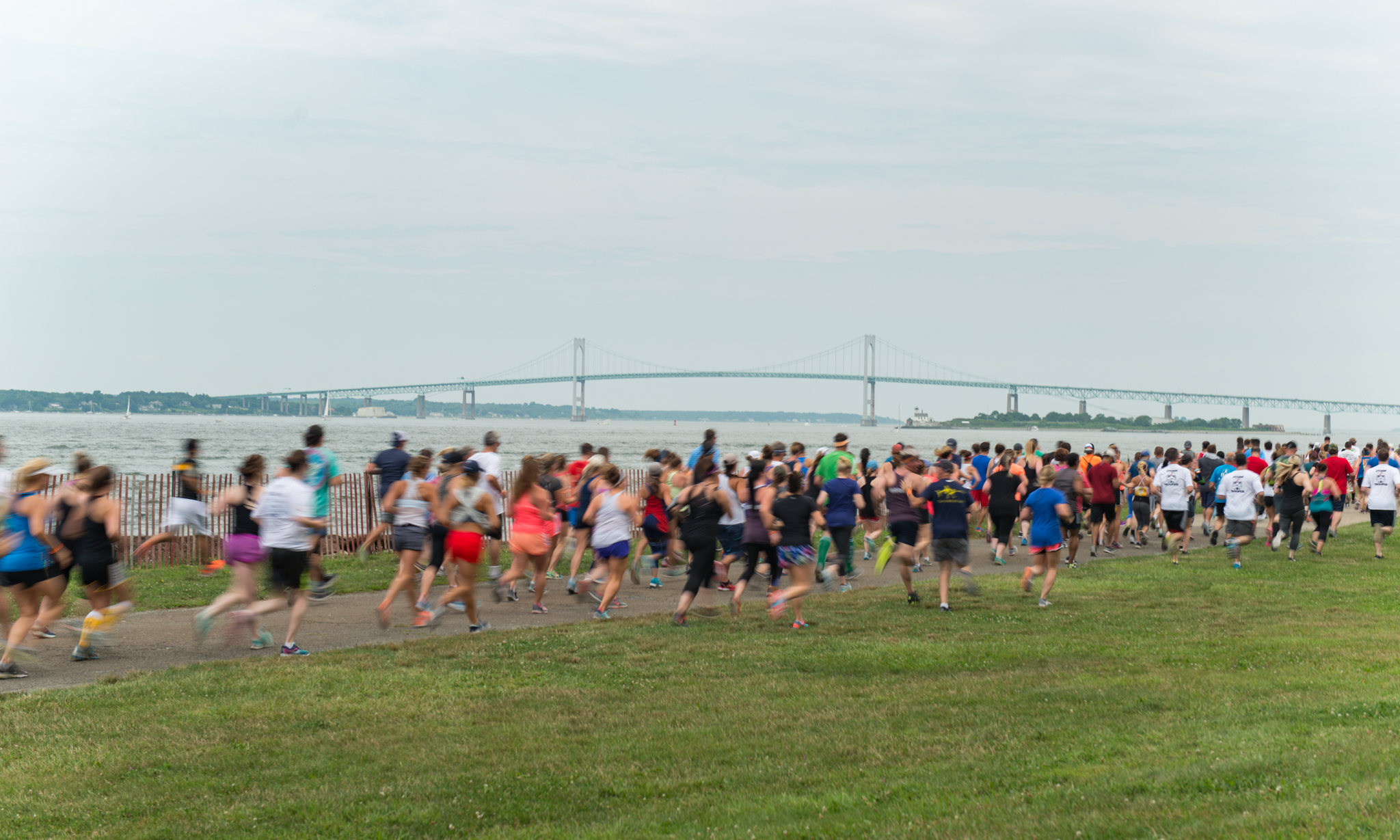 More than 1,800 runners, brewers, vendors and festival attendees basked in the sun at Fort Adams this past Saturday for the Craft Brew Races 5K and beer festival. Fifty local and regional craft breweries poured samples of their beer for thirsty runners, who had completed a 3.1-mile looping course around Fort Adams state park, as well as for festival-only attendees. Local favorites such as Mission Burger, Binge BBQ, and Brick Alley Pub served up their tasty dishes, while Vice Cream, KIND Snacks, Cabot Cheese, and Polar Seltzer handed out free samples of their products. 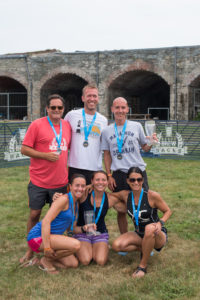 The race, which started at noon when the temperature reached into the low 80s, looped once around the Fort itself before following a larger loop including the Fort Adams Harbor Walk, before finishing inside the walls of the Fort. Brian Falcone, visiting from Pleasant Prairie, Wisconsin, won the race with an elapsed time of 16 minutes and 30 seconds. “I’m in town with some friends and we saw this race and it just seemed so cool to get to run and enjoy the beer,” said Falcone. “I can’t wait to try all of the beer in the festival!” Christopher Horel, from Middletown, Rhode Island finished second at 16:36, and Joe Mitchko from Newport, Rhode Island rounded out the men’s podium at 17:21.

Chandler Self, from New York City, took home top prize for the women with an overall time of 18:54. “I’m here running with my boyfriend who lives in town, and we thought this event sounded like a ton of fun,” said Self. “I had three [Grey Sail Brewing] Captain’s Daughter’s last night, thinking that it’d be a great way to carb-load for the race. It worked!” Robyn Daniels, from Attleboro, Massachusetts, came in just behind Self with a time of 18:59, and Victoria Varone from Providence, Rhode Island finished third for the women at 19:25.

Following the race, runners and festival attendees filed into the festival where they enjoyed 3.5 hours of unlimited beer sampling, live music from Steve Demers, great food trucks, vendors and samples from Craft Brew Race’s sponsors. The Rhode Island Brewers Guild was the charitable beneficiary of the Newport Craft Brew Races, and a portion of all event proceeds will be donated to The Guild. 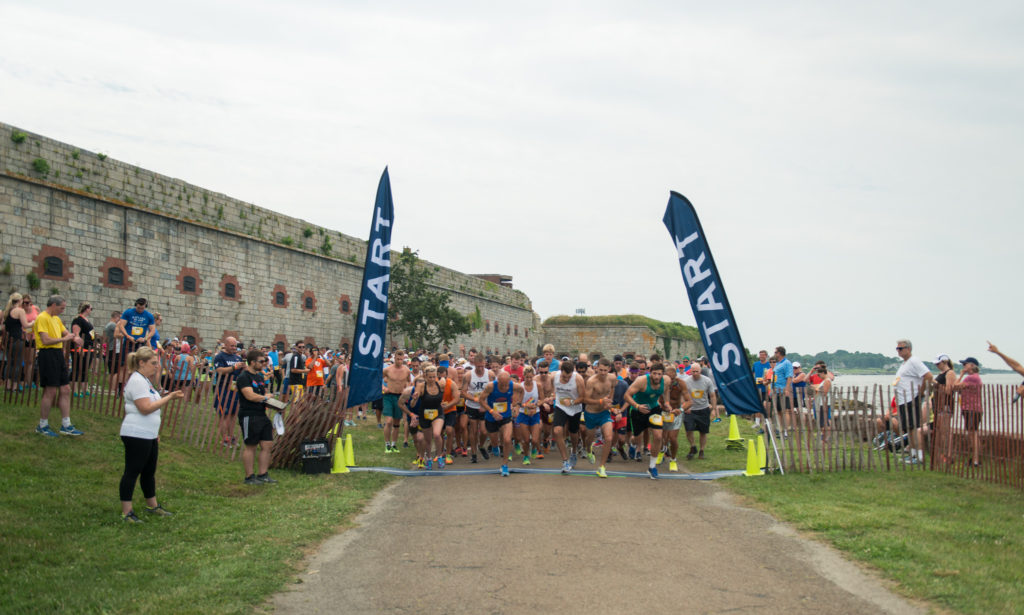 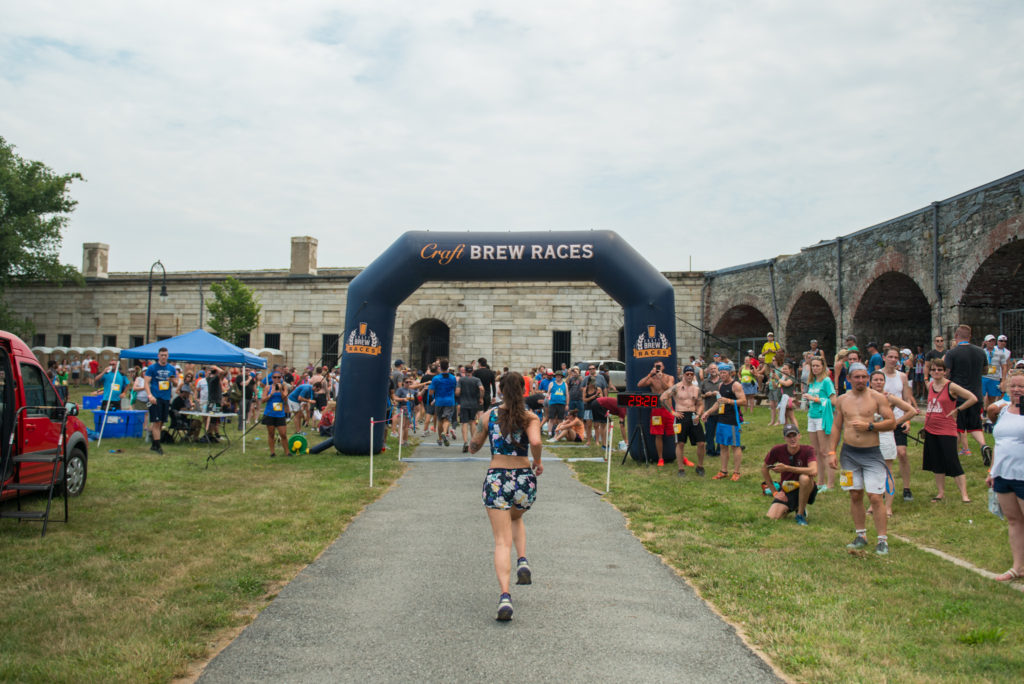 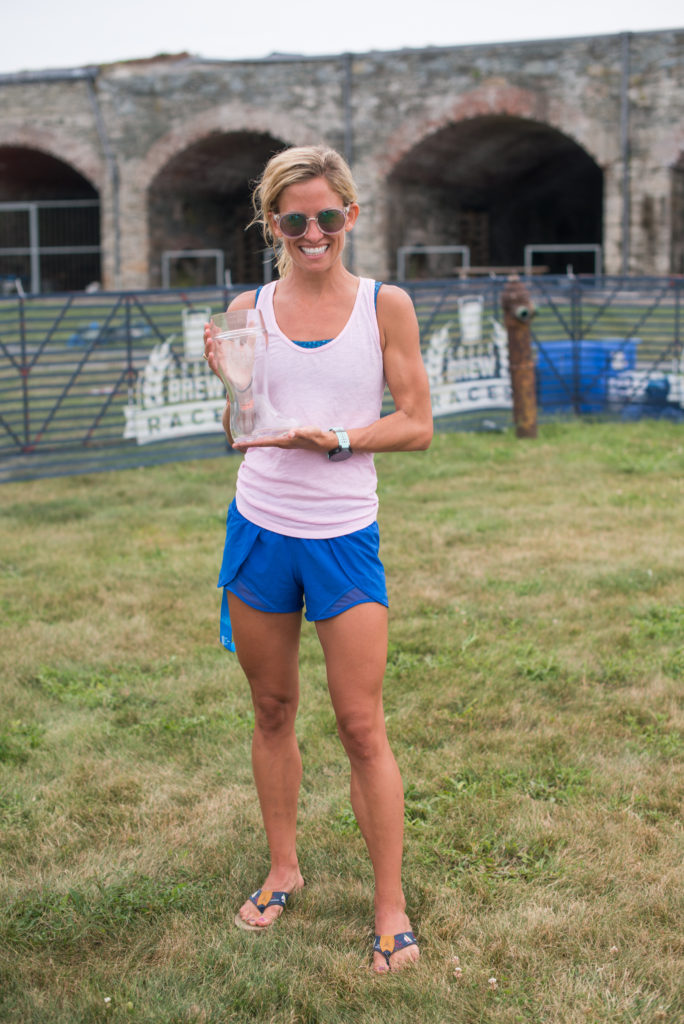