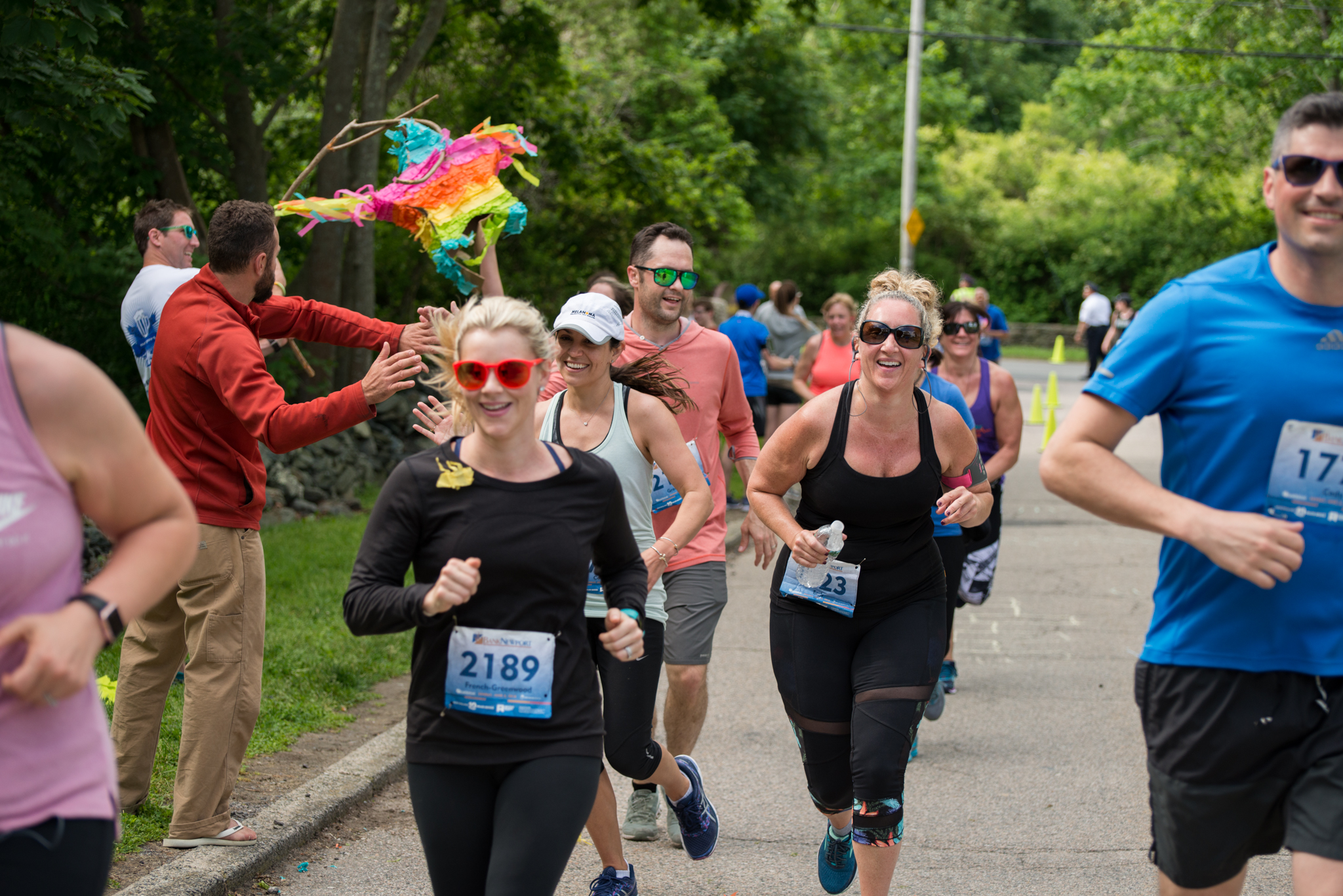 Posted at 15:08h in Uncategorized by admin
0 Likes

For more than 2,500 runners from near and far, months of training culminated in this weekend’s BankNewport 10 Miler. The sixth annual race was run under beautiful, sunny skies and comfortable June temperatures on Sunday. Participants completed the beautiful 10-mile course, which started and finished at Fort Adams and followed a route that included Ocean Drive and Bellevue Avenue, passing some of the City-By-The-Sea’s most iconic sights. The event is produced by Gray Matter Marketing.

A portion of every entry for the BankNewport 10 Miler was donated to the Boys and Girls Club of Newport County and the Fort Adams Trust. This year’s event raised more than $22,000 for the two organizations. 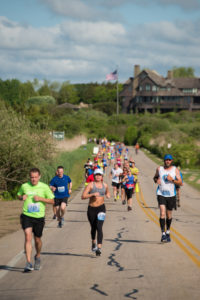 “This event gets better every year,” says Matt Gray, President of Gray Matter Marketing. “BankNewport’s sponsorship is another step in the right direction as we look to constantly improve the experience for our runners, spectators and City of Newport residents.  We are proud to have raised money for some very deserving organizations including the Boys and Girls Club of Newport, Boys and Girls Club of Providence, Portsmouth High School Track & Field and the Fort Adams Trust.”

As for the race, in his debut in the BankNewport 10 Miler, Eric Lonergan, from North Kingstown, Rhode Island broke the finishers tape in 55 minutes and 3 seconds. “The course is awesome. It’s super well organized, well-marked, and there were great groups of spectators out there,” says Lonergan. “The hills on the end of the course were helpful for me. We had a pack of runners through mile 5. I knew the second half was a little hilly, so I thought maybe I should make my move early. I did, and it paid off.” Lonergan also took first place in last October’s Ocean Road 10K.

Kat Morrissey, from East Longmeadow, Massachusetts was the top female finisher, with a time of 1 hour, 2 minutes and 24 seconds. “I’d never been to Newport and it’s beautiful, so I wanted to come out,” said Morrissey. “The course is absolutely beautiful. The pretty sights made the hills easier to take on!”

Morrissey ran much of the race with the men’s mid-pack leaders. “At about mile six, I found someone who was running the same pace as I was. He pulled me along as I started to fade back, and I pulled him along as he started to fall back,” she says. “We worked together to get to the finish line. We met today, and that’s something I just love about running! We’re all out there helping each other out.” 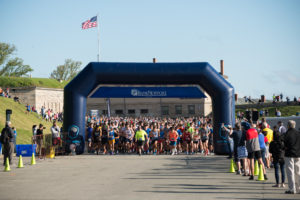 “The day couldn’t have been any more beautiful,” says Wendy Kagan, Executive VP, Director of Employee and Community Engagement at BankNewport. “The course shows off the best of our hometown, we are able to help make an impact on local organizations, and provide a fun experience for runners from near and far. We had a great group of volunteers from BankNewport and enjoyed every moment!”

All finishers received a custom-designed antique silver-colored medal with transparent blue features and an ode to Narragansett Bay’s beautiful waters. In addition, every runner received a custom-designed BankNewport 10 Miler shirt with a sunset and wave design, and a reusable backpack goody bag featuring the BankNewport 10 Miler logo. Age-group award finishers received a commemorative black and blue mug, featuring the event date and logo.

The BankNewport 10 Miler is a part of the New England 10 Miler Series. The third and final stop of the series will take place in Stowe, Vermont on November 5th, 2018 at the Vermont 10 Miler.

For more information, including results and a link to images, visit www.banknewport10miler.com 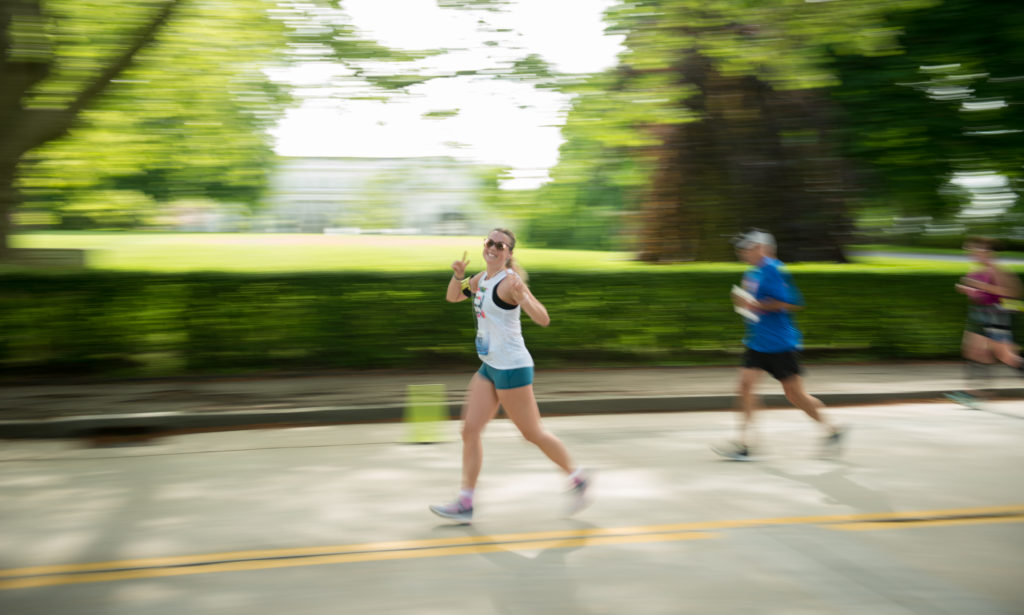 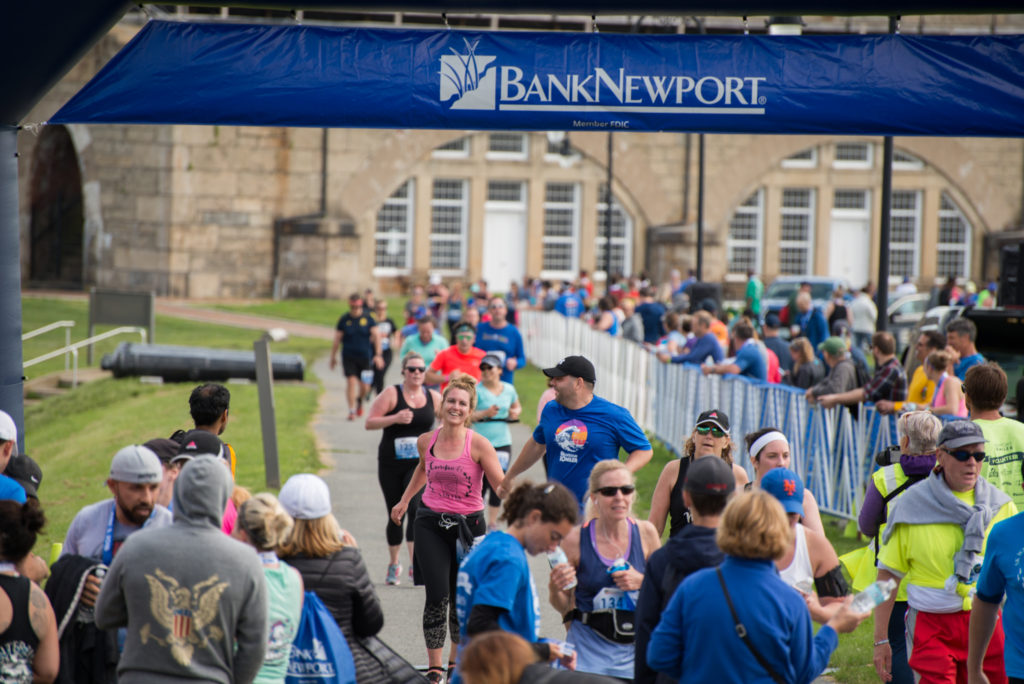 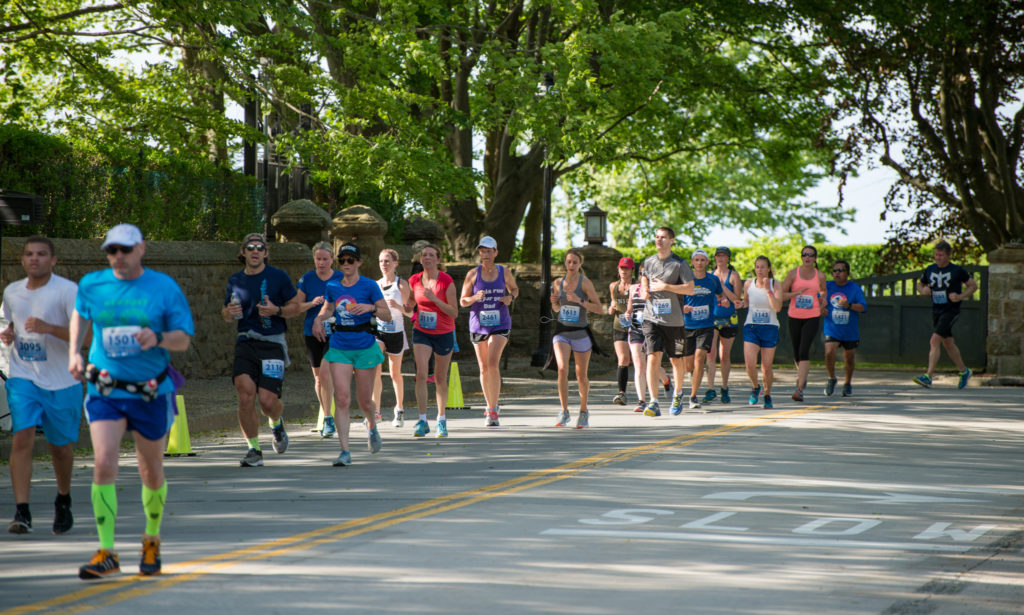 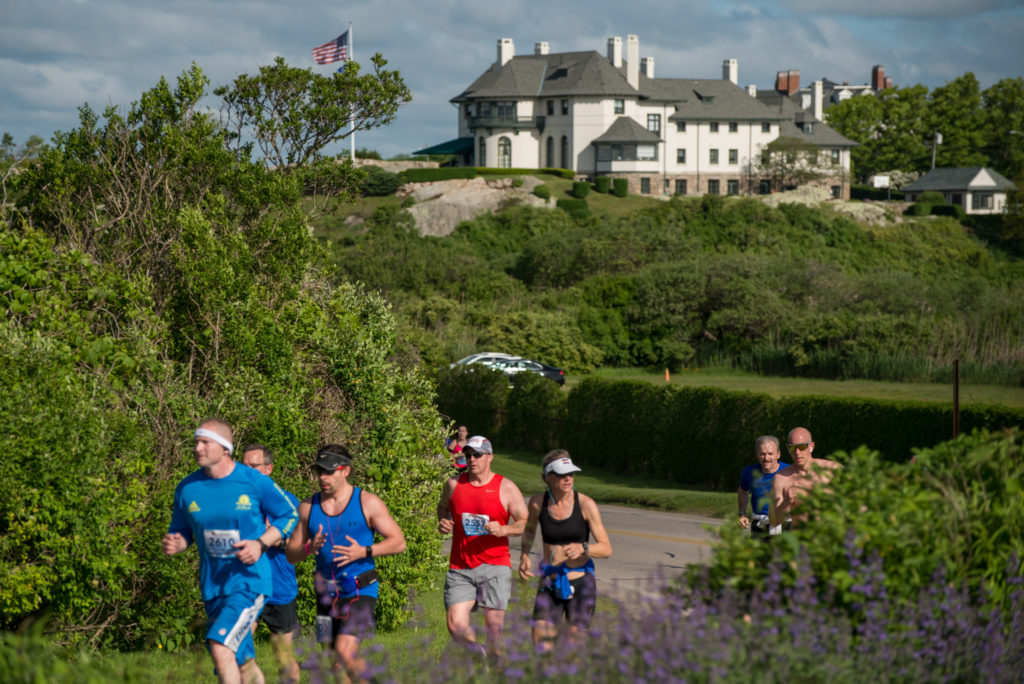 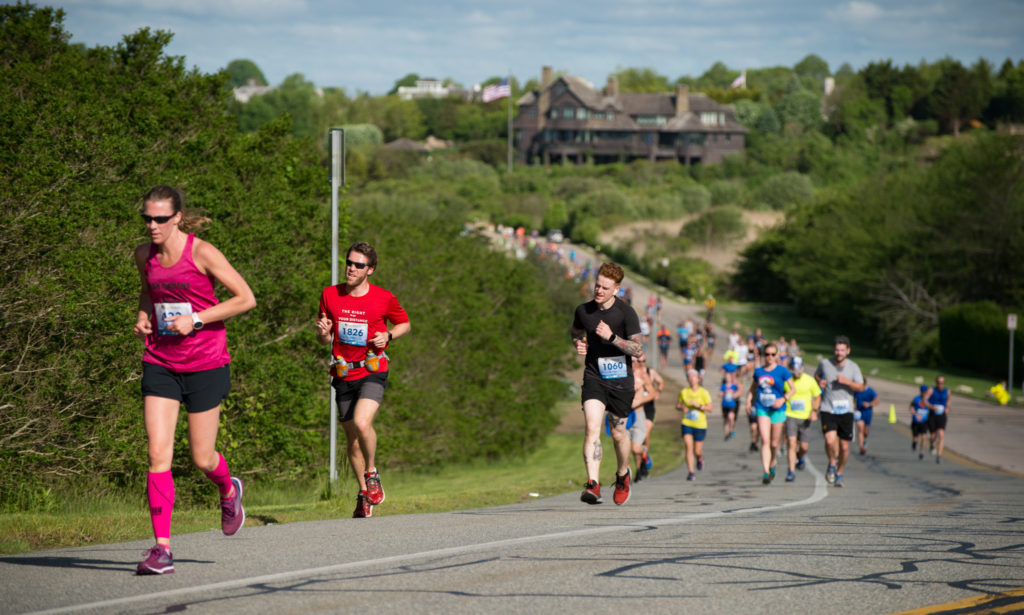 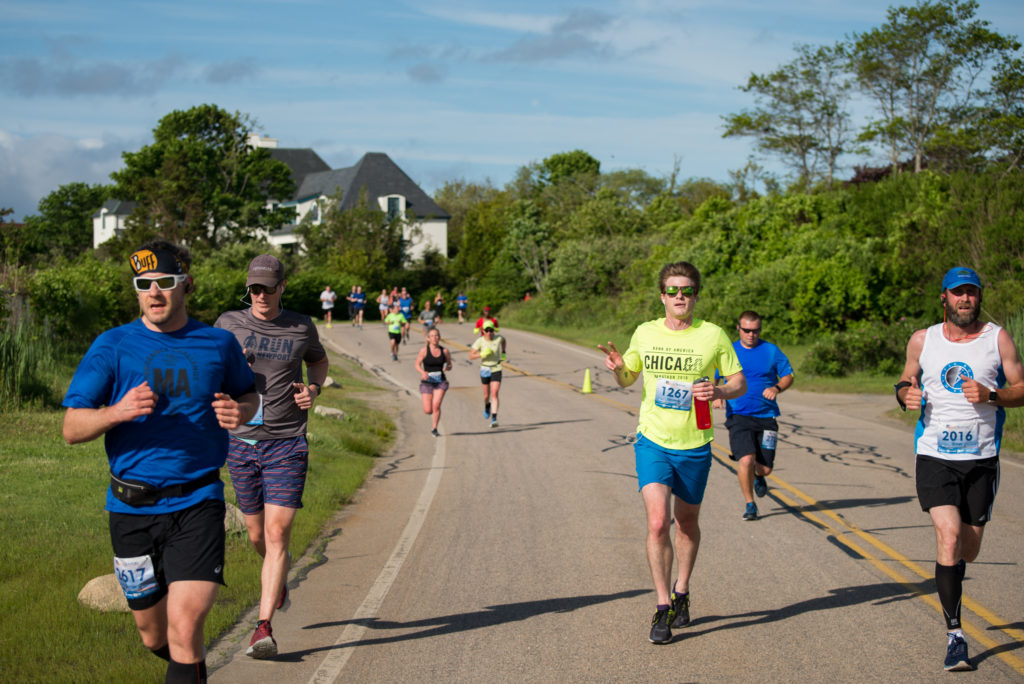 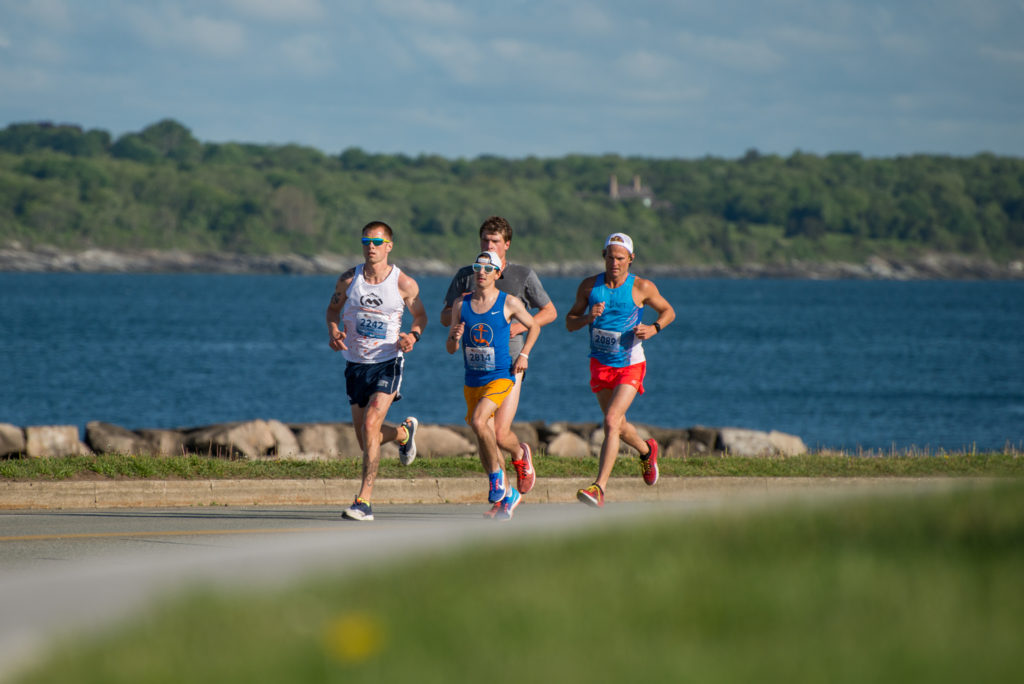 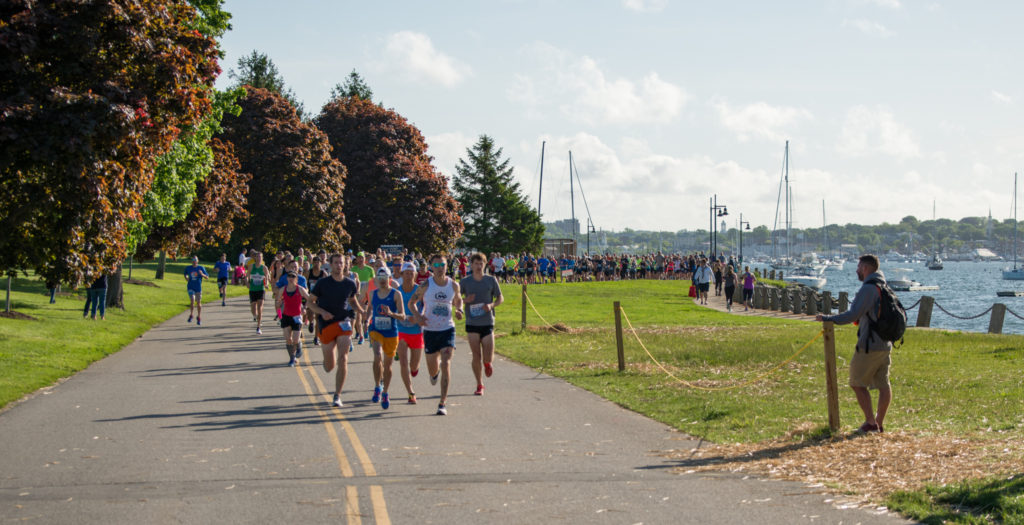