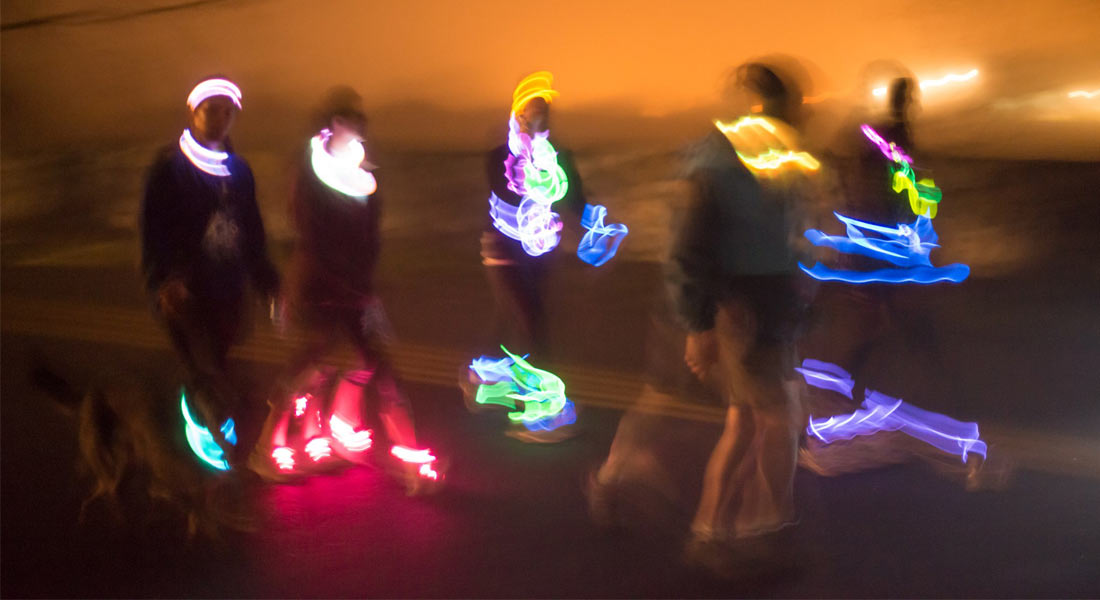 Despite foggy weather over Aquidneck Island, the Newport Night Run held on April 1, was a resounding success. More than 650 enthusiastic runners took to a newly designed course beginning and ending at Rogers High School with such Newport landmarks as Ocean Drive and Hazard and Hammersmith Roads.

The dark skies were off-set by flameless candles and glow sticks of all shapes and sizes as the hundreds of runners and walkers lit up five kilometers (3.1 miles) of Newport’s tranquil streets. The race was won John Kirkpatrick, 16, with a time of 19:04 and full race results can be found here.

A fundraiser of the Newport Public Education foundation, the event raised more than $9,600. The evening could not have been possible without the help of its generous sponsors, numerous volunteers, and lively participants. We hope you can join us at next year’s Newport Night Run, tentatively scheduled for March 31, 2017.