The 3,000 finishers of this weekend’s 2017 Amica Newport Marathon truly earned their pineapple medals! On Sunday, a sunny but humid morning gave way to wind gusts of up to 20 knots and rain — sometimes sideways — as runners from across the country and around the globe ran 13.1 or 26.2 miles through the streets of Newport and Middletown, Rhode Island. 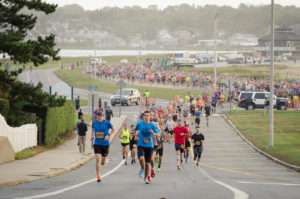 Corey Pires (bib 716) at the front of the pack at race start, a lead which he holds until the finish line.

Corey Pires, from North Easton, Massachusetts won the Amica Newport Marathon, finishing in just 2:45:23. “The second half of the course was really challenging, but overall I’m happy…it was a personal record for me,” says Pires. “I have my whole family cheering for me, which was so great, too.”

Jamie Sheahan, from South Burlington, Vermont, claimed the top female marathoner spot, crossing the finish line in 3:27:20, smiling all the way. “It’s so great to see the ocean, I love running by the sea,” says Sheahan. “The race was really well run, the spectators and volunteers were so enthusiastic and made the event so great. This course is such a great tour of Newport, too.”

Ava Farrell, from Brooklyn, New York finished less than a minute behind Sheahan to win second place female in the Marathon. She was followed by Katie Rosesettini, from Balston Spa, New York.

Sean McNeil, from Canton, Massachusetts won the Amica Newport Half Marathon, running the challenging 13.1 mile course in 1:17:51. “It was a great course out there today, tough conditions,” says McNeil, who sprinted across the finish line. “I thought the guy [Pires] who was behind me might take first place, but turns out he was continuing on the course for the full marathon. So that was a nice surprise.”

McNeil was followed by Marshall Glenn, from Chinle Arizona. Rounding out the men’s half marathon podium was Nick Cunkleman from Jamestown, Rhode Island. 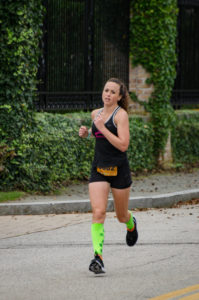 Kelsi Chappell, from Portsmouth, Rhode Island was the first female across the half marathon finish line at 1:28:57.”This course and this race is home for me,” says Chappell. “I was planning to run the full, but knowing the course and how hilly it is, it was a better idea for me to run the half. It’s so much fun, and it’s the most beautiful course I’ve run, anywhere. Home is always the best.”

Natalie Trait from Ladenberg, Pennsylvania was the second place overall female in the half marathon, followed by Erica Gagnon from Weymouth, Massachusetts.

Notable finishers included a number of participants working towards their 50 State Marathon or Half Marathon Challenge completion. Carolyn Bibb, from Atlanta Georgia, chose the Amica Newport Marathon to not only check Rhode Island off of her list of states, but also to complete the challenge. Bibb crossed the finish line to cheers and a bottle of champagne presented by her running partner.

Half Marathoners Julia Clement and Todd Leveillee decided to double down on their wedding day by running the Amica Newport Half Marathon, along with members of their bridal party and wedding guests. On Sunday night, the two wed in Newport.

13-year old Joey Rabinski, from Ringwood, New Jersey was the youngest Amica Newport Marathon finisher. He ran alongside a handful of members of his family and friends.

The Amica Newport Marathon and Half Marathon will be donating a combined total of more than $80,000 to local and regional charities. $50,000 in direct donations will be given to the race’s official charity partners: The Aquidneck Land Trust, Clean Ocean Access, the Newport County YMCA, Boys Town New England, the Martin Luther King Jr. Center, and the Ronald McDonald House of Providence. In addition, runners hosted fundraisers for causes of their choosing, raising more than $30,000 together.

Dates for the 2018 event will be announced soon. 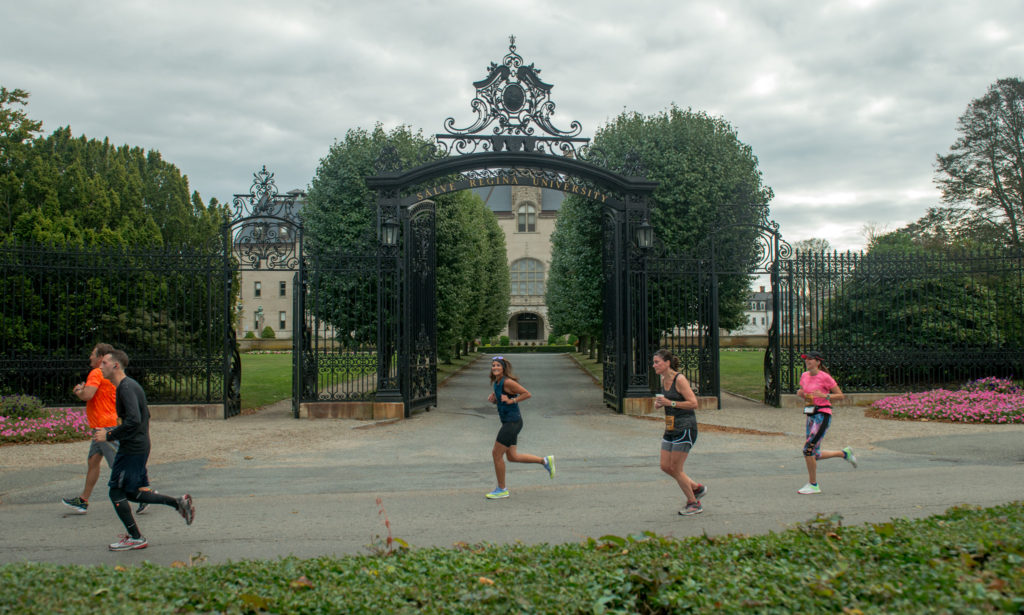 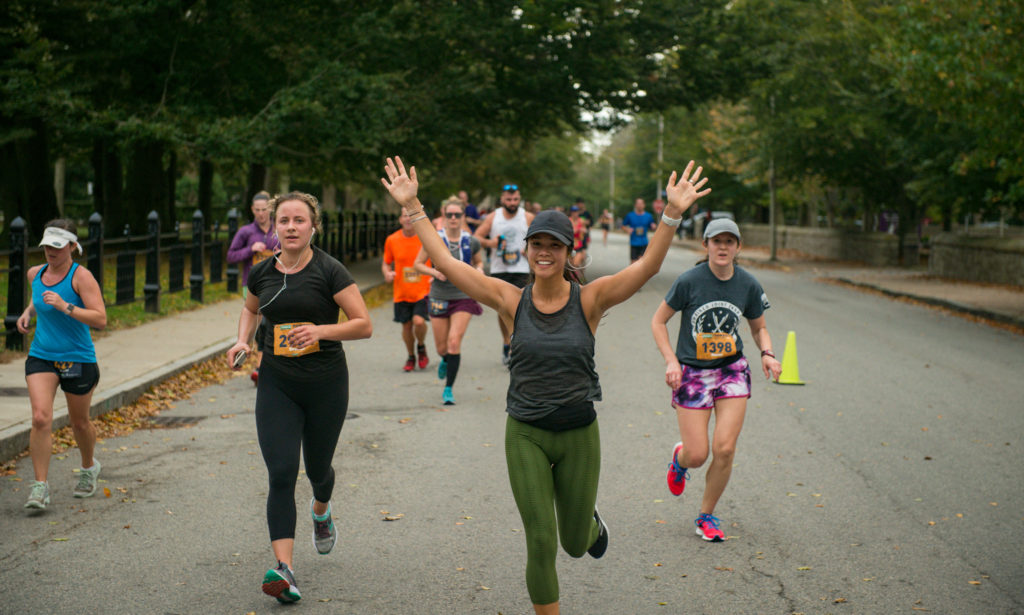 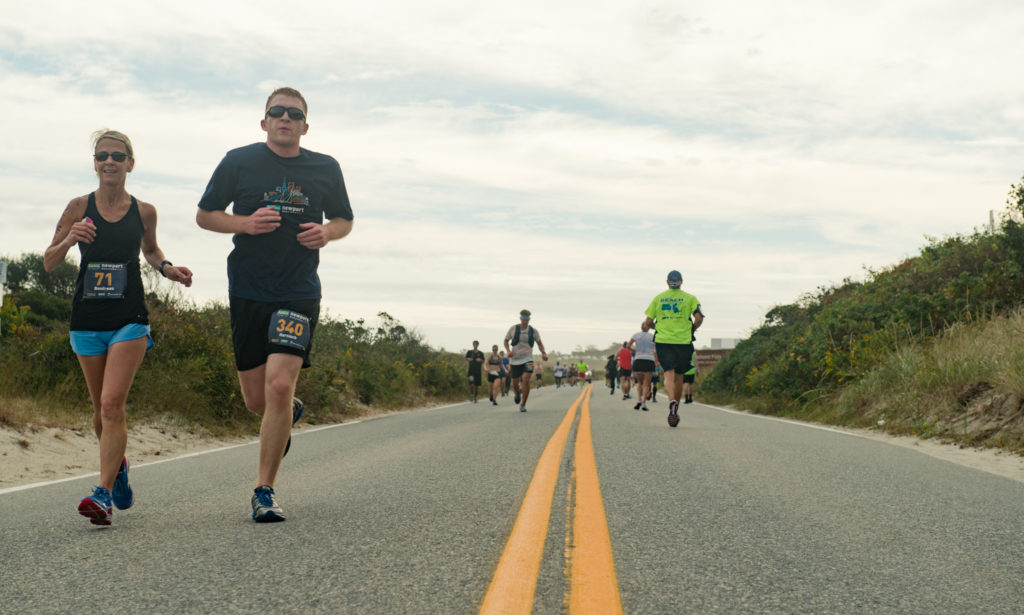 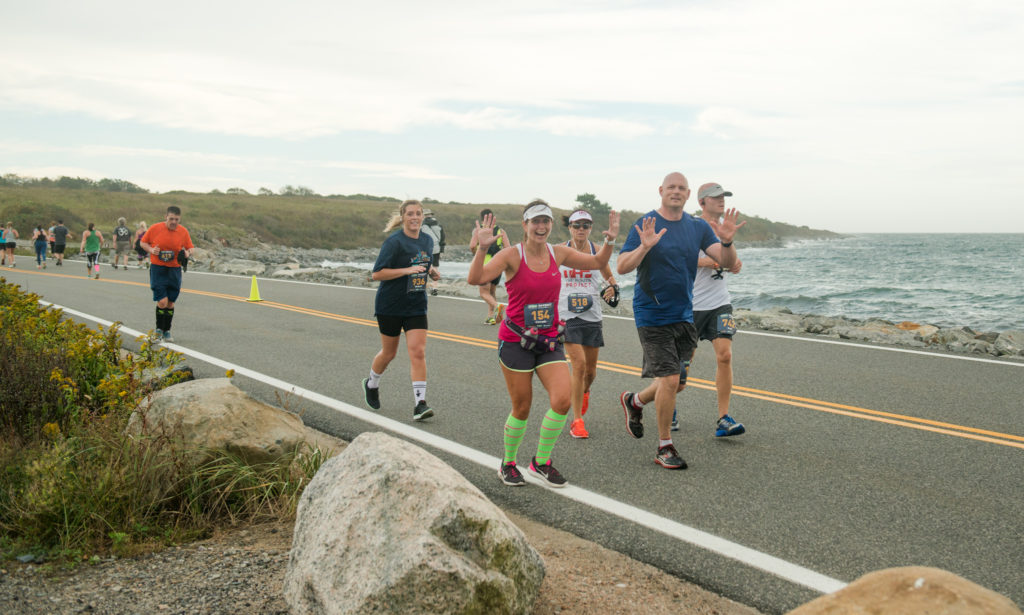 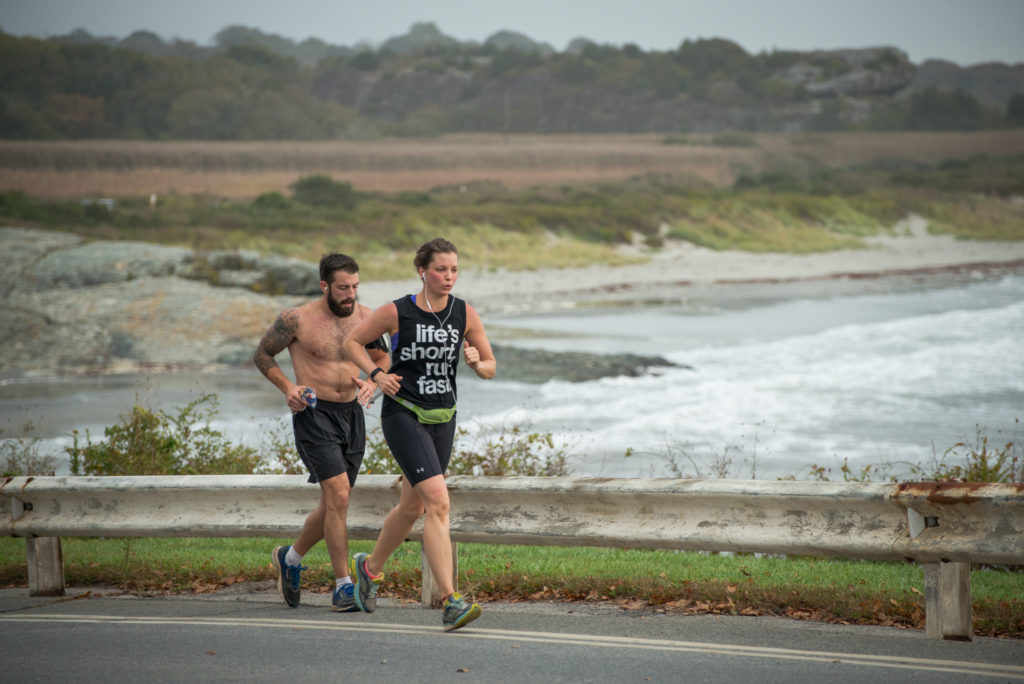 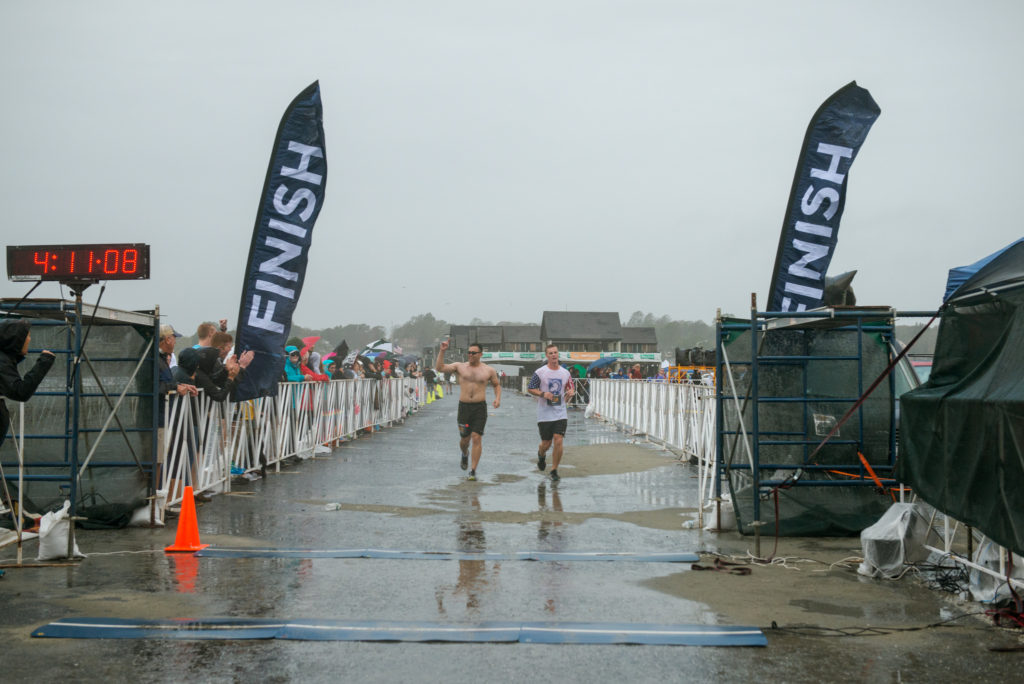 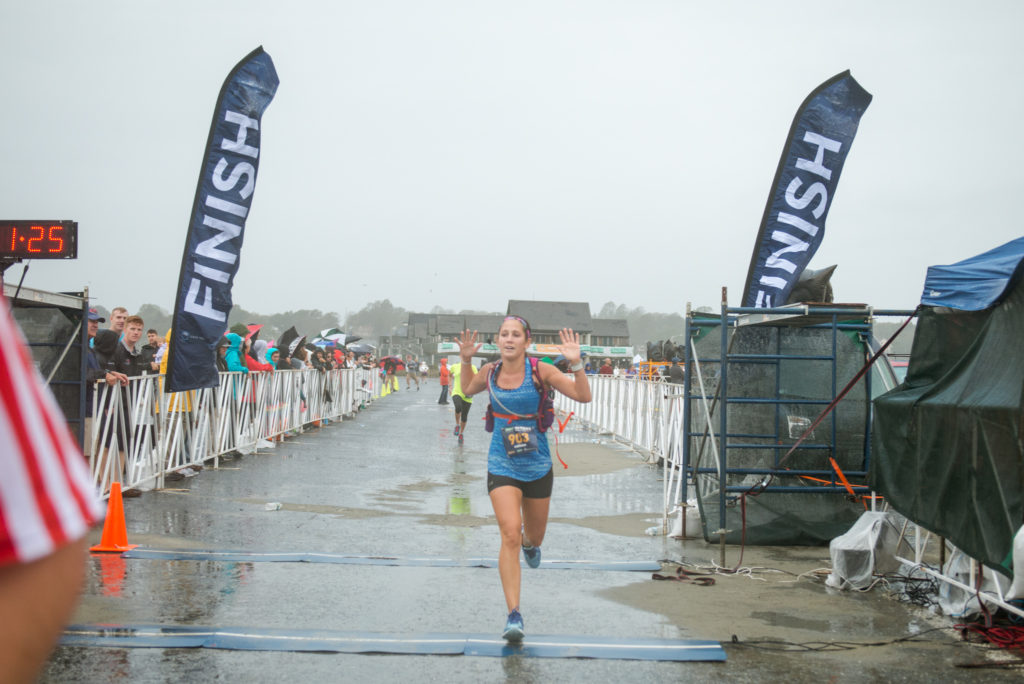