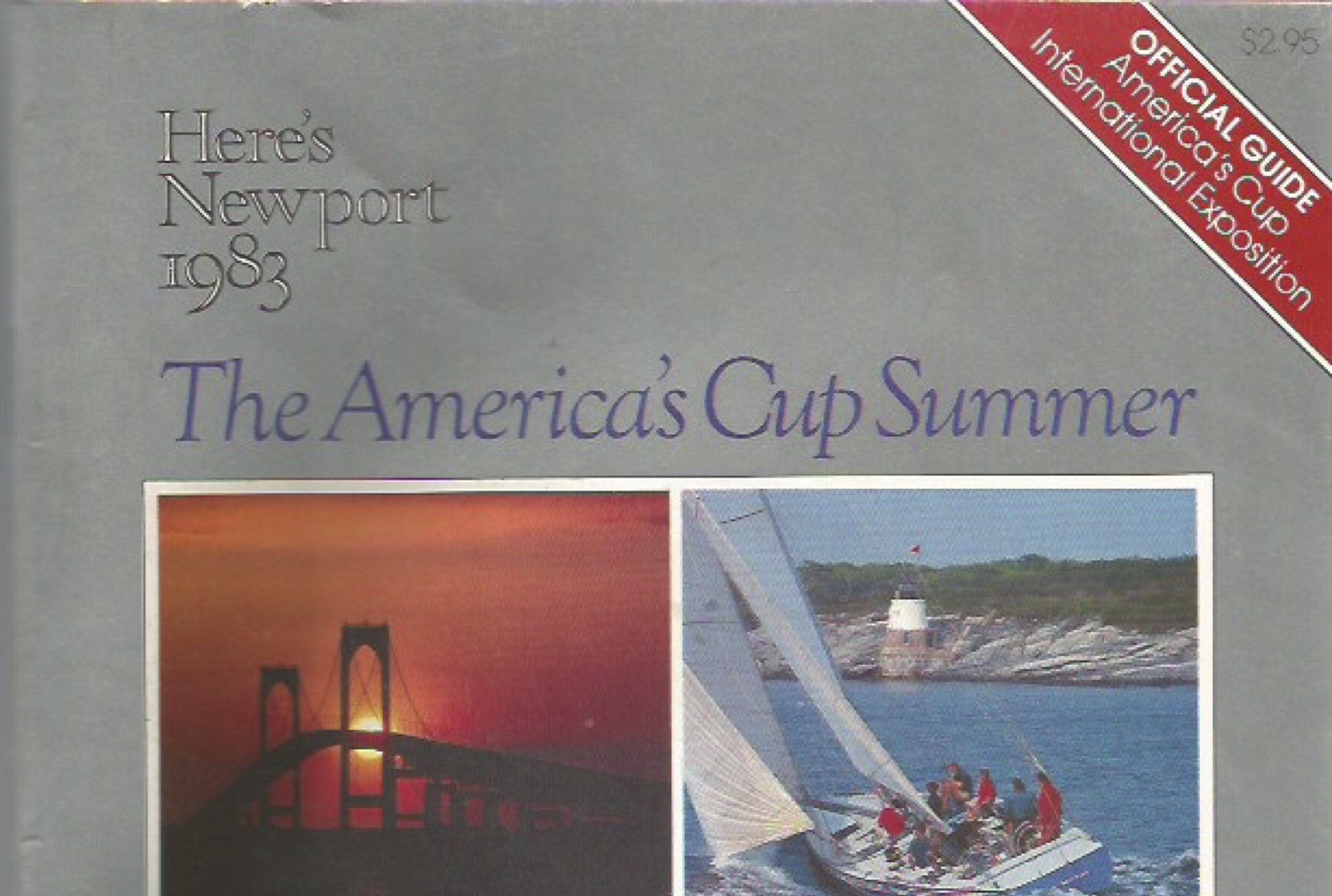 Posted at 21:01h in Uncategorized by admin
0 Likes

The America’s Cup is the oldest trophy in international sports and was first awarded in 1851. It is unusual in that the Cup is not contested on a set schedule; rather, a yacht club that wishes to challenge for the Cup will contact the yacht club which holds the cup, and they will contest the event at a mutually agreed upon time and venue. Multiple challengers can be involved, as well as many stages of qualifying rounds.

Enjoy these scans from a magazine we found tucked away in the attic, called “Here’s Newport 1983: America’s Cup Summer.” The ads, the articles and the restaurant listings show us how much things have changed — and, how much they’ve stayed the same! Check out these scans we took: 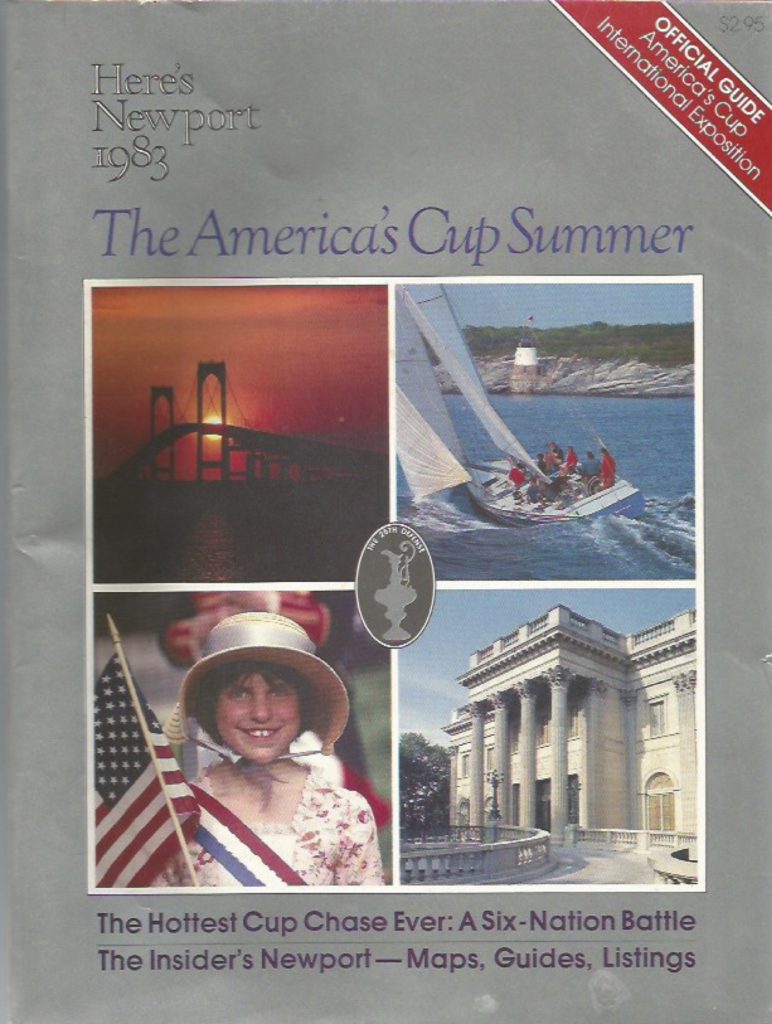 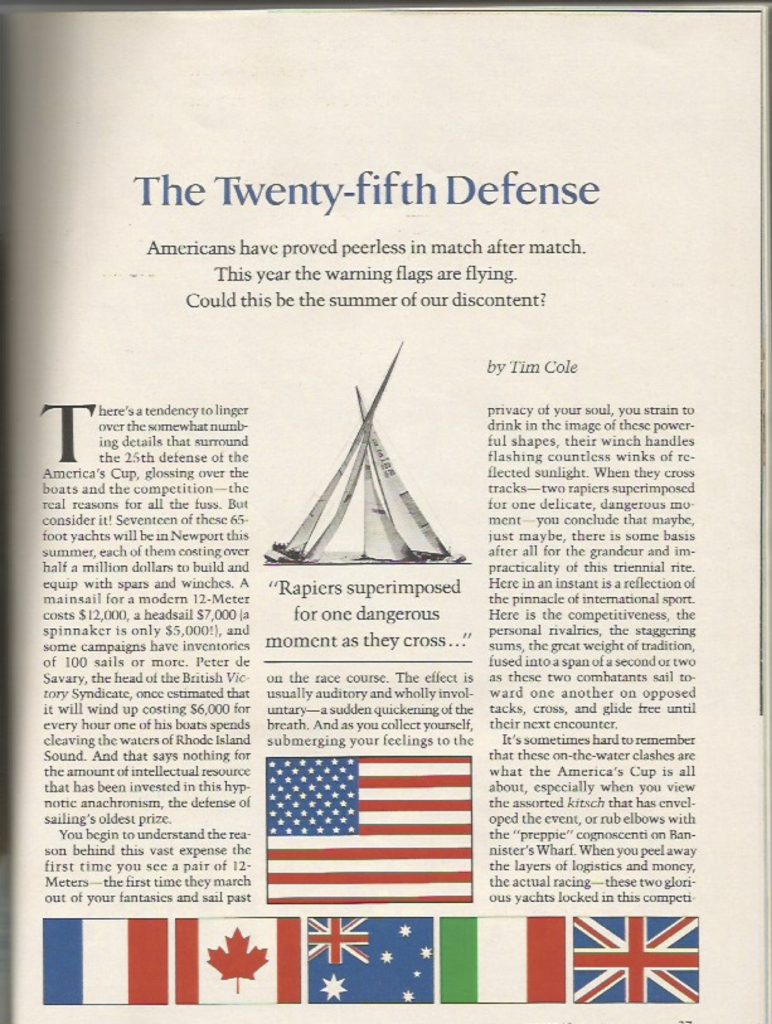 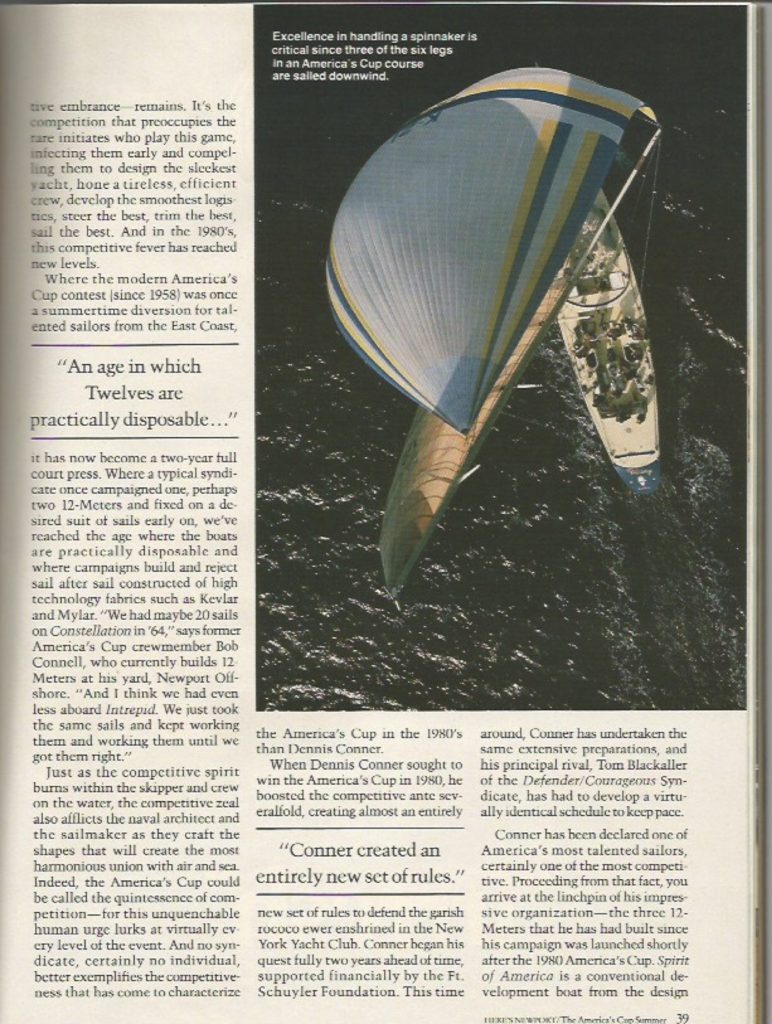 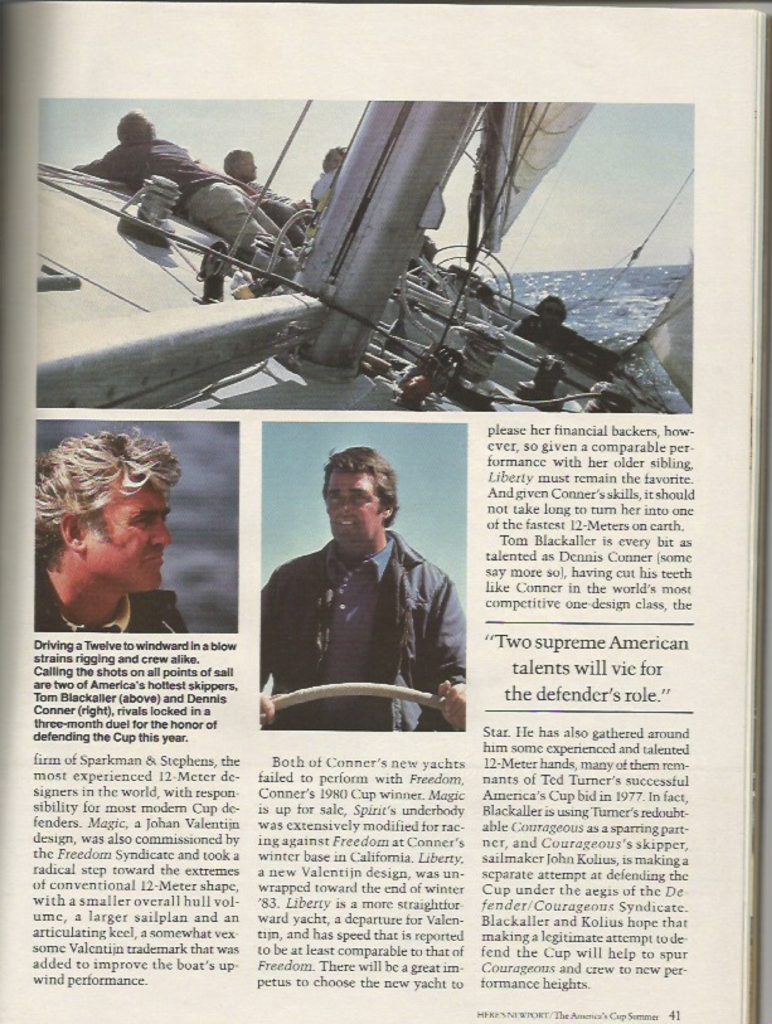 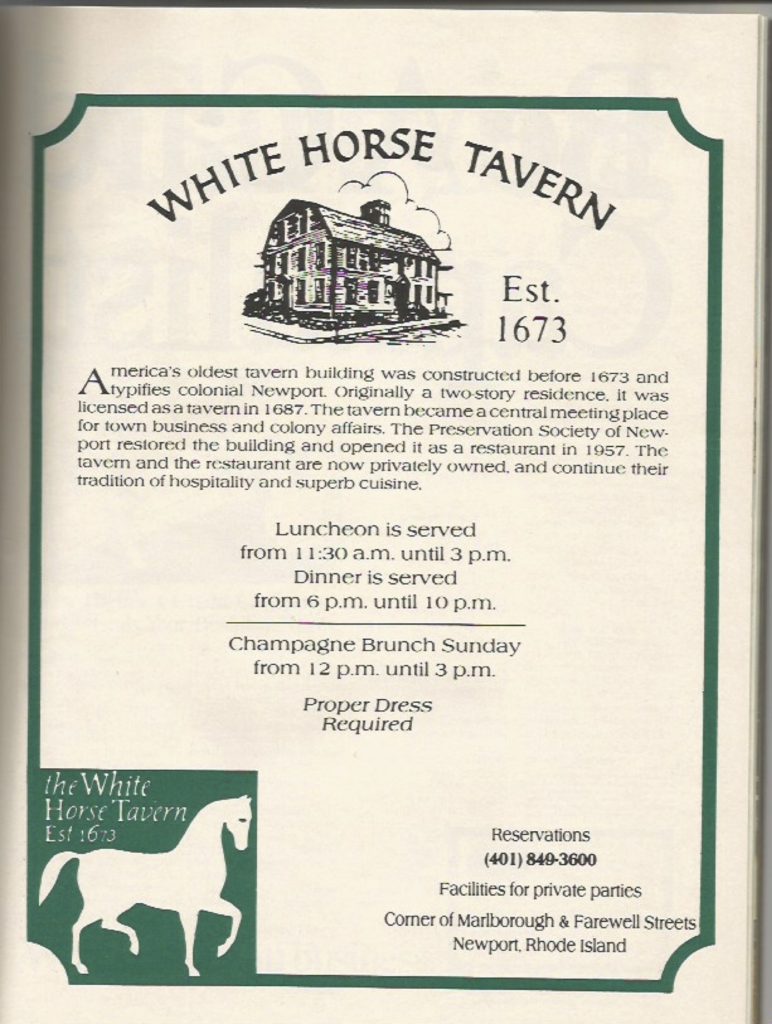 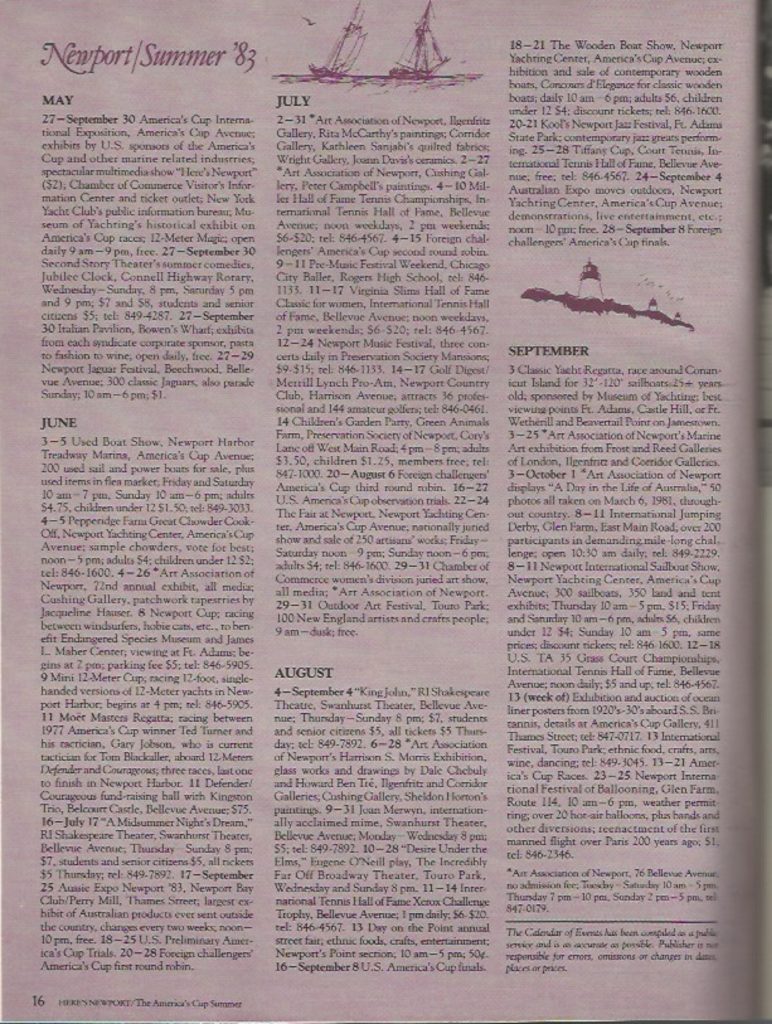 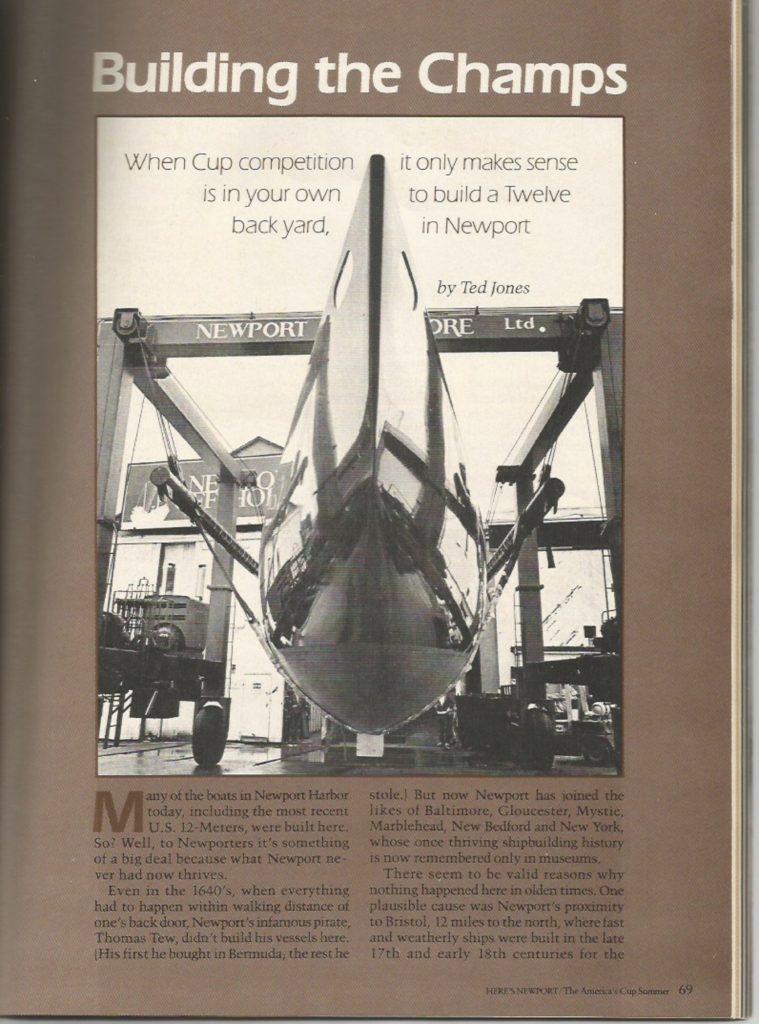 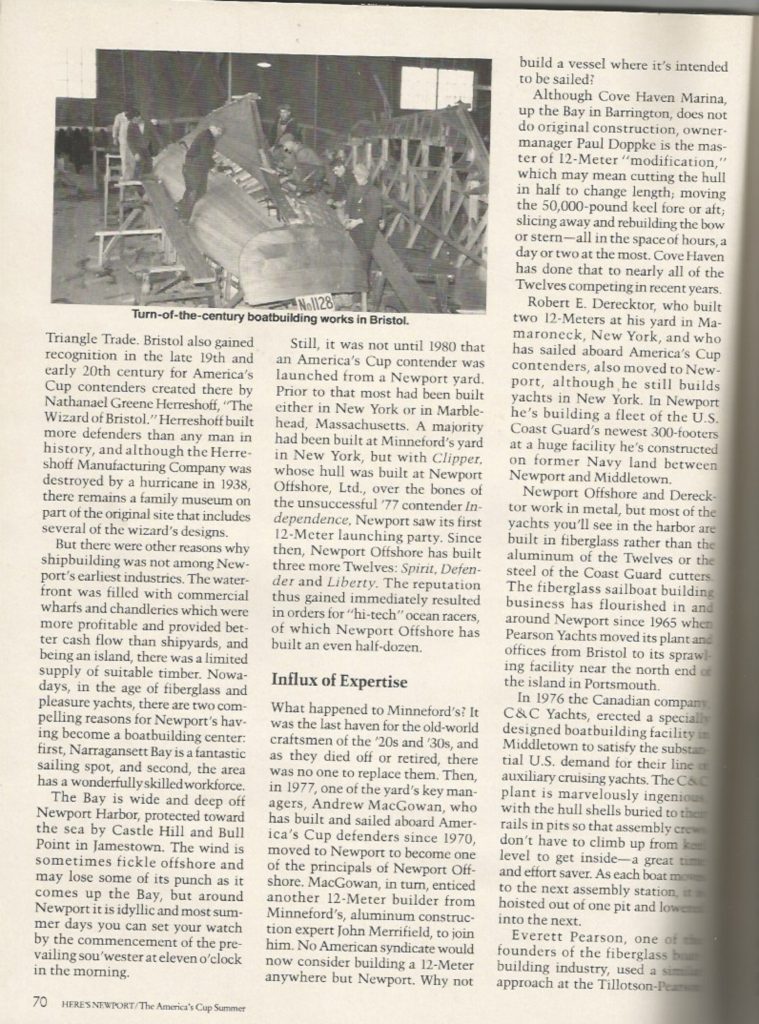 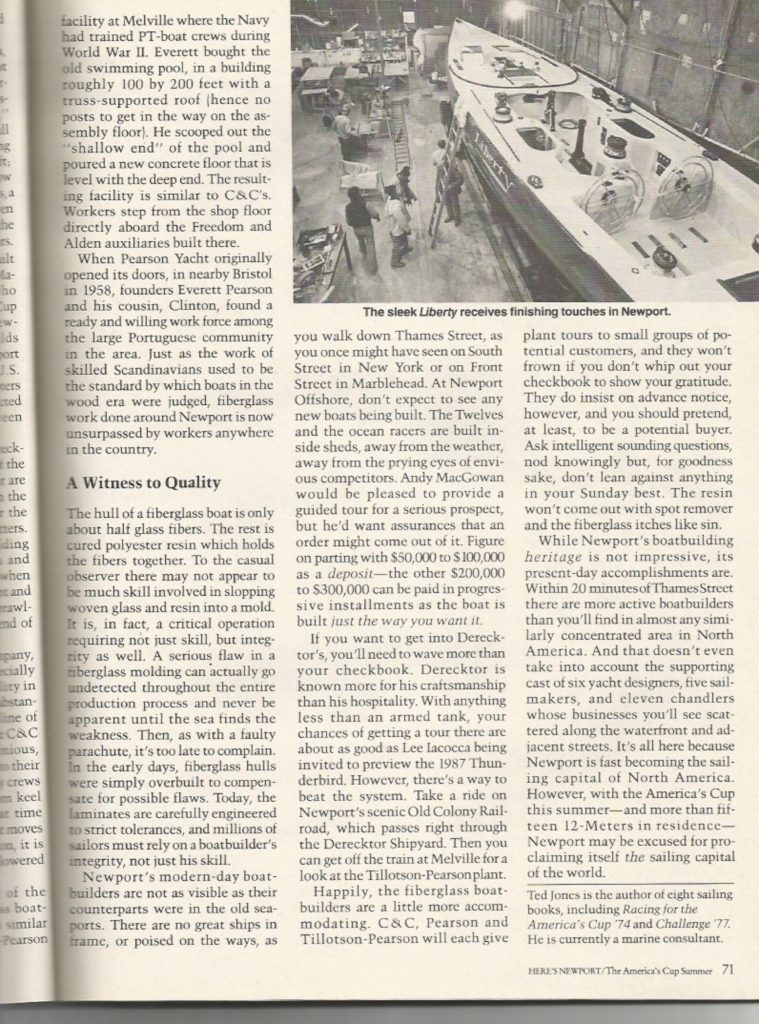 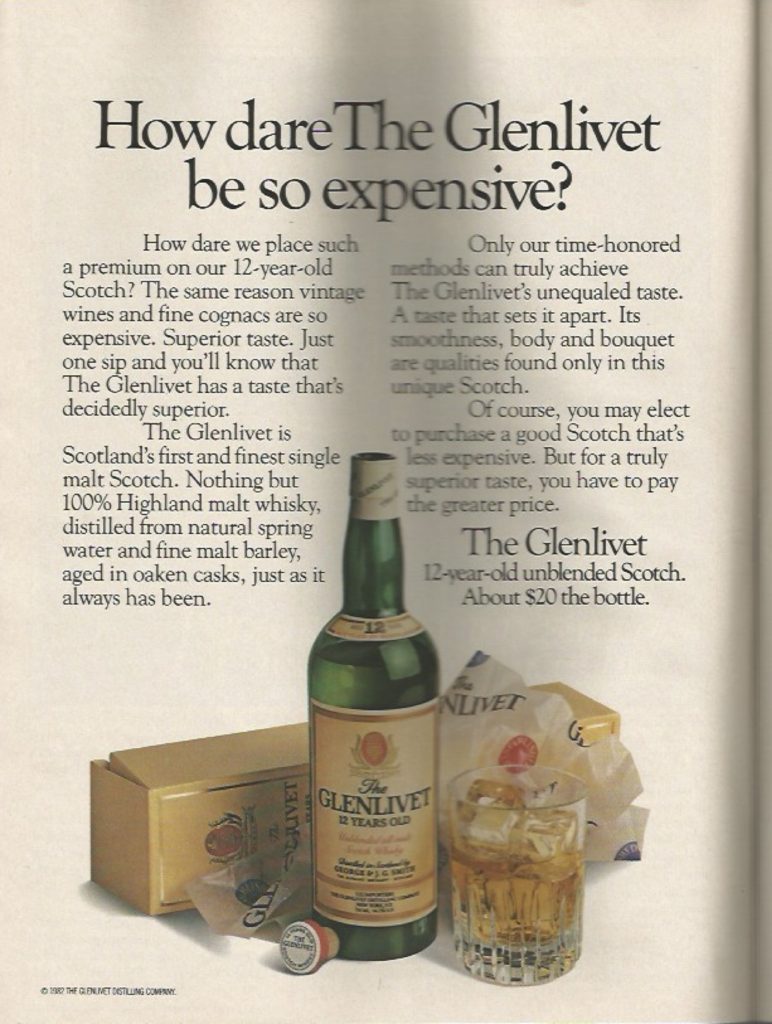 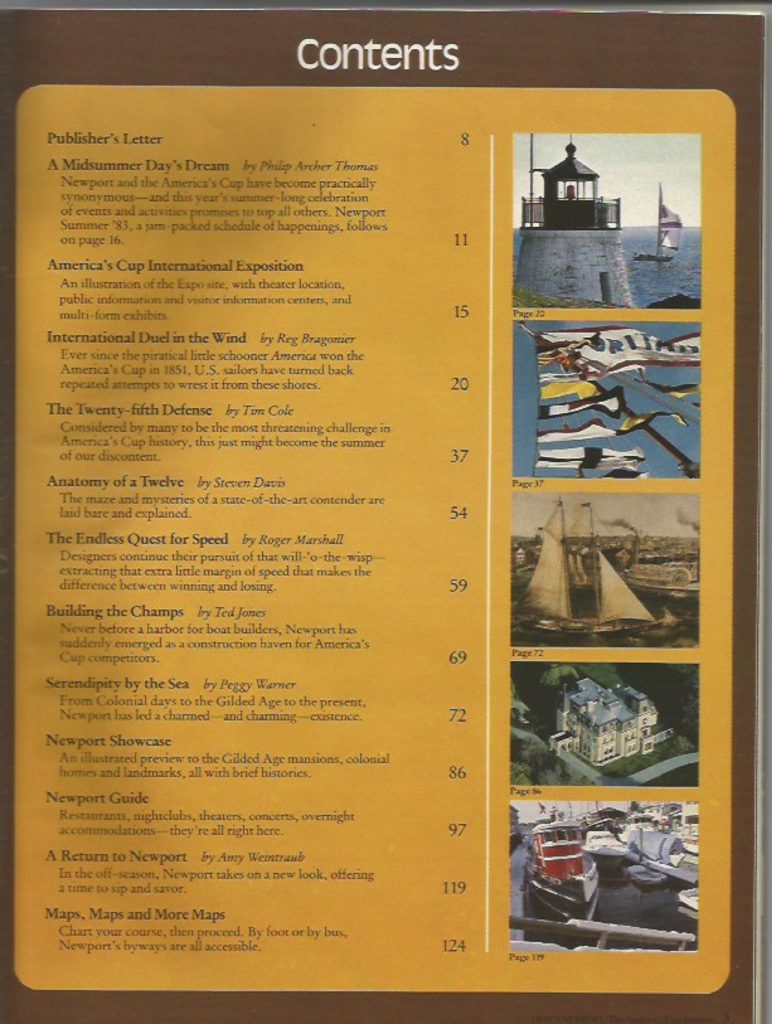 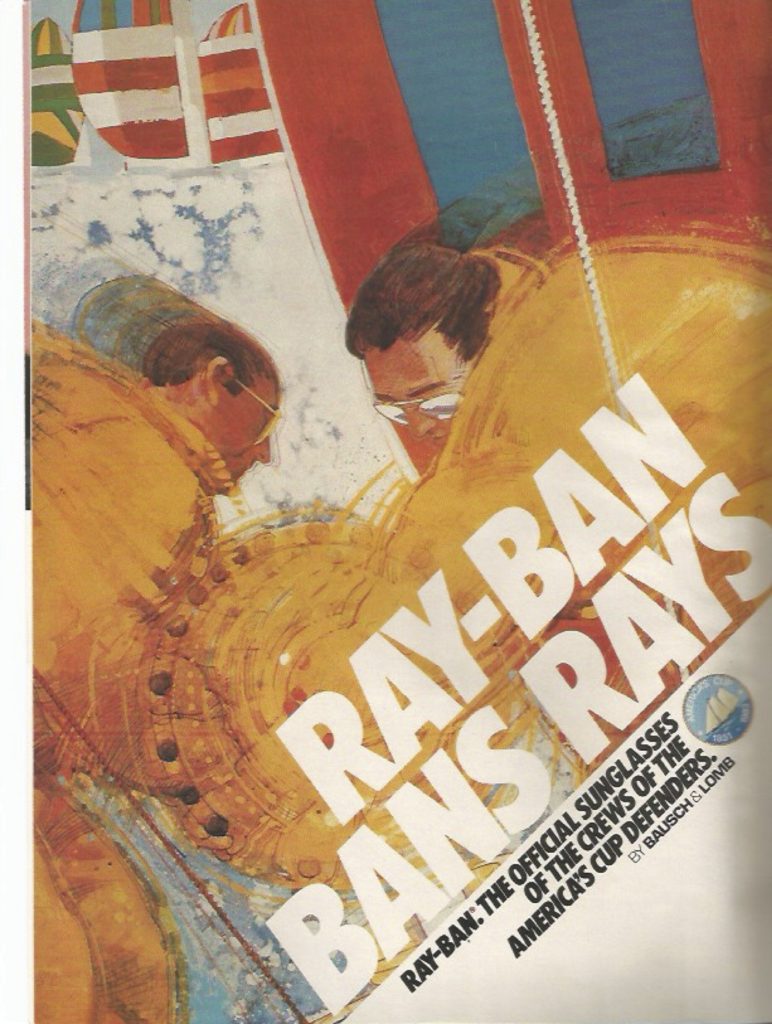 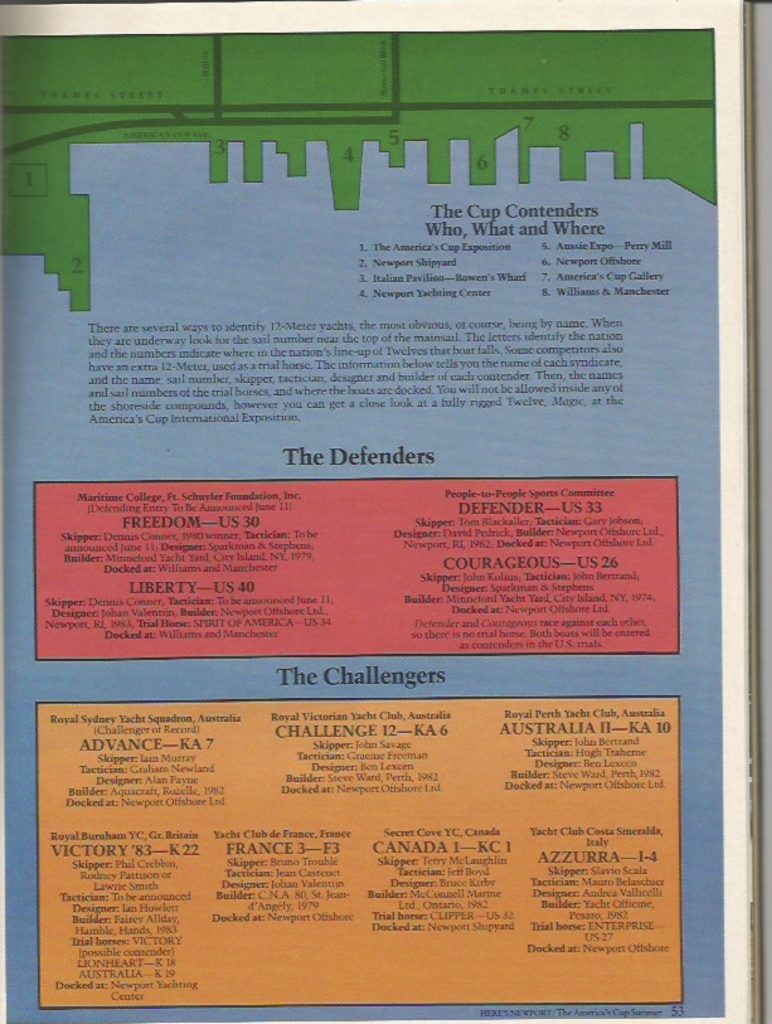 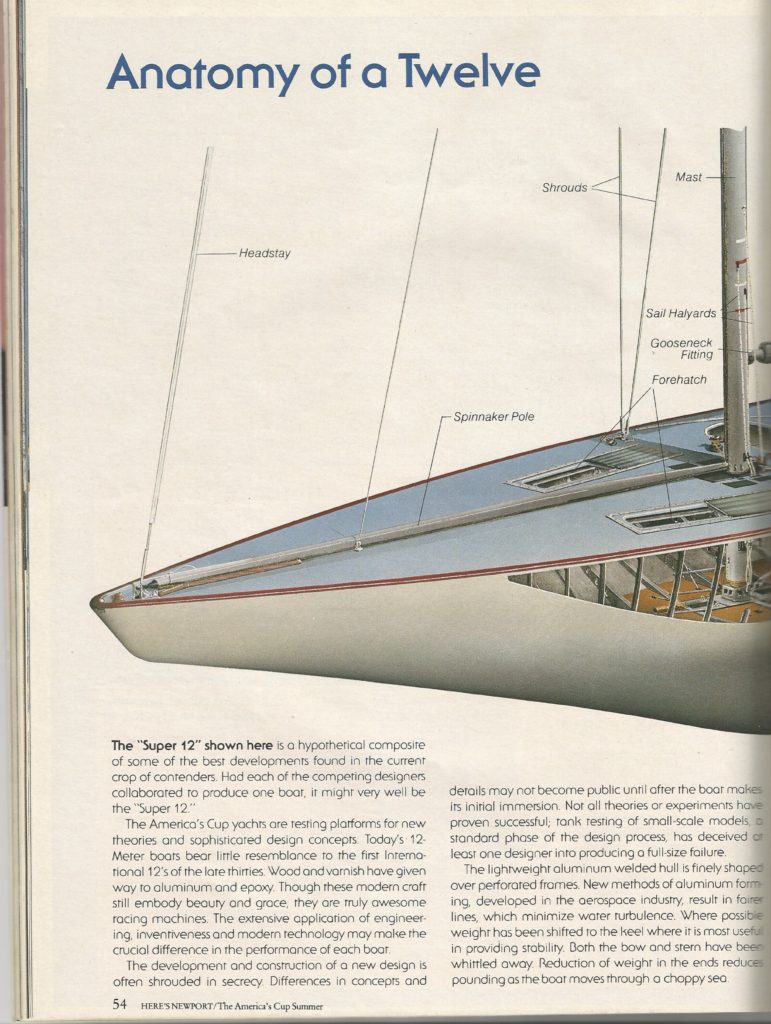 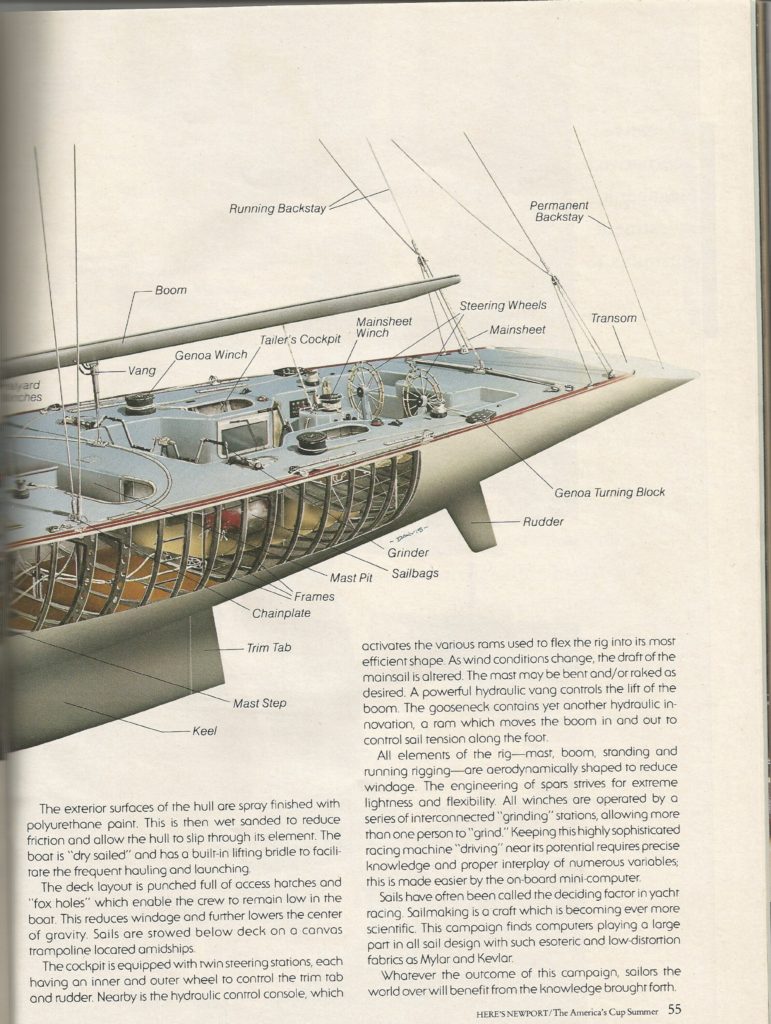