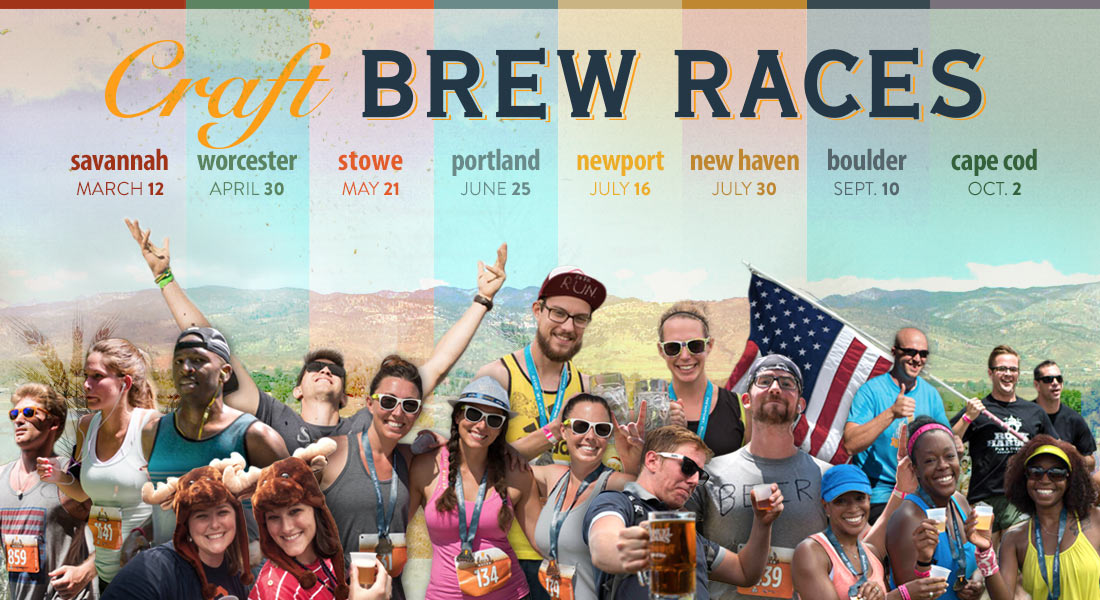 The Craft Brew Races return for another year of eight 5k road races paired with locally-centered craft beer festivals. The race and local craft beer celebration will feature several stops throughout New England, and visits to notable destinations such as Savannah, Georgia, and Boulder, Colorado.

Now in its third year, the series attracted more than 10,000 participants across the country in 2015.

“These are scenic road races in noteworthy destinations, in cities and states that are producing some fantastic craft beer,” said Matt Gray, President of Gray Matter Marketing, the event organizer. “It’s a great combination that makes for a really fun event.”

In addition to the running and the beer, event participants experience can expect finisher’s medals, souvenir pint glasses, live music, food trucks, and other surprises.

“We’ve gotten great feedback everywhere we’ve visited and we look forward to an even better year in 2016,” said Gray.

In addition to purchasing all of the beer from the breweries, Gray Matter Marketing also supports the community through donations to a local charitable organization at each destination.

The full schedule for the 2016 Craft Brew Race season is: