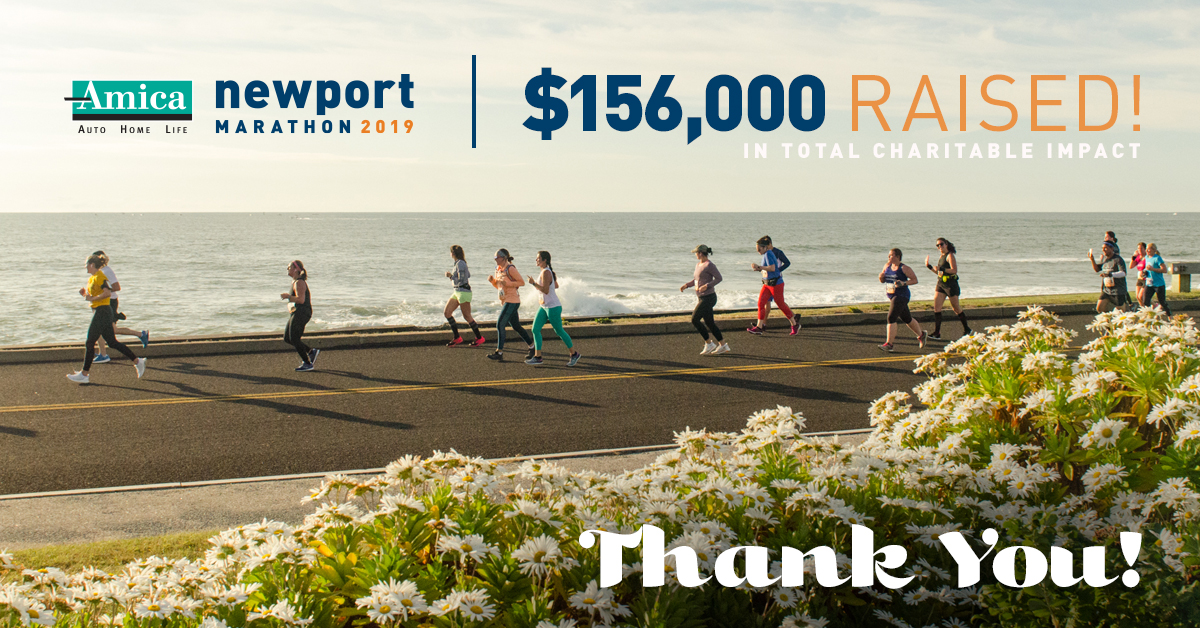 Posted at 18:55h in Uncategorized by admin
0 Likes

With the final numbers tallied, Gray Matter Marketing and Amica Insurance are thrilled to announce that the 2019 Amica Insurance Newport Marathon and Half Marathon has set a new fundraising record for the event, raising a combined total of more than $156,000 for local and regional charities. Including the 2019 total, the event has now contributed approximately $420,000 to nonprofits since 2015. 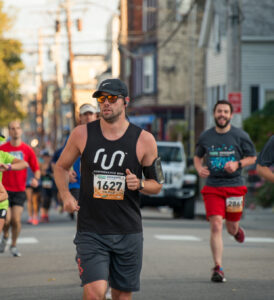 Each year, the race organization donates directly to the event’s official charitable partners: the Aquidneck Land Trust, Dr. Martin Luther King Jr. Community Center, the Ronald McDonald House of Providence, Clean Ocean Access, Boys Town New England and the YMCA of Newport County. In addition, event participants raised a combined total of approximately $92,000 for a variety of chosen charities. Sparrow’s Nest, a nonprofit in upstate New York that provides meals for families whose primary caretakers are unable to cook due to extended illness and treatment, had the largest team contribution — their 26 runners at the Amica Insurance Newport Marathon raised $62,000 for their organization.

“I have run for charities in some of my other marathons, but this year’s Amica Newport Marathon was special, running for my friend Steve, who is battling ALS, and his foundation, Firefighters Fighting ALS,” said Ken Dobler, one of the Amica donation recipients. “I was overwhelmed by the financial support I received from friends, and appreciate being selected by Amica to receive an additional donation.” 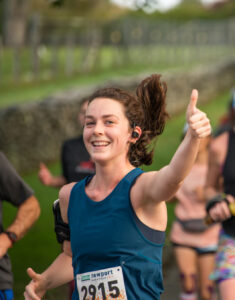 Dobler also shared, “On a separate note, in a back-and-forth with Steve about the fundraiser’s progress, Steve wrote, ‘Proud dad moment. I showed my eight-year-old son … and he said when he is allowed to run a marathon, he was going to help a friend. Thank you for planting the seed; that alone is worth a million.’”

Amanda Jones received an Amica donation for environmental nonprofit Clean Ocean Access. “This was my second year in a row running in the Amica Newport Half Marathon, which was an absolute blast,” she said. “The course is stunning, with beautiful views of the ocean from just about every mile.

“Without [a healthy ocean], I wouldn’t be able to see all the amazing views that I do while running, walking or studying at Salve Regina University. That’s why the Clean Ocean Access mission is so important to me — their vision is for a healthy ocean that’s free of marine debris, with water that is safe for all ocean activities and a shoreline that is accessible to the public.”

In addition, runners were able to vote for their favorite of five themed water stops, designed and staffed by Amica employees. The winning group got to choose an Amica Insurance Newport Marathon nonprofit partner to receive a $5,000 donation from Amica, and selected the Ronald McDonald House of Providence.

The Amica Insurance Newport Marathon and Half Marathon will return on Oct. 11, 2020, with event registration opening Dec. 2, 2019. For more information, including additional details on charitable partners and fundraising impact, visit www.newportmarathon.com.