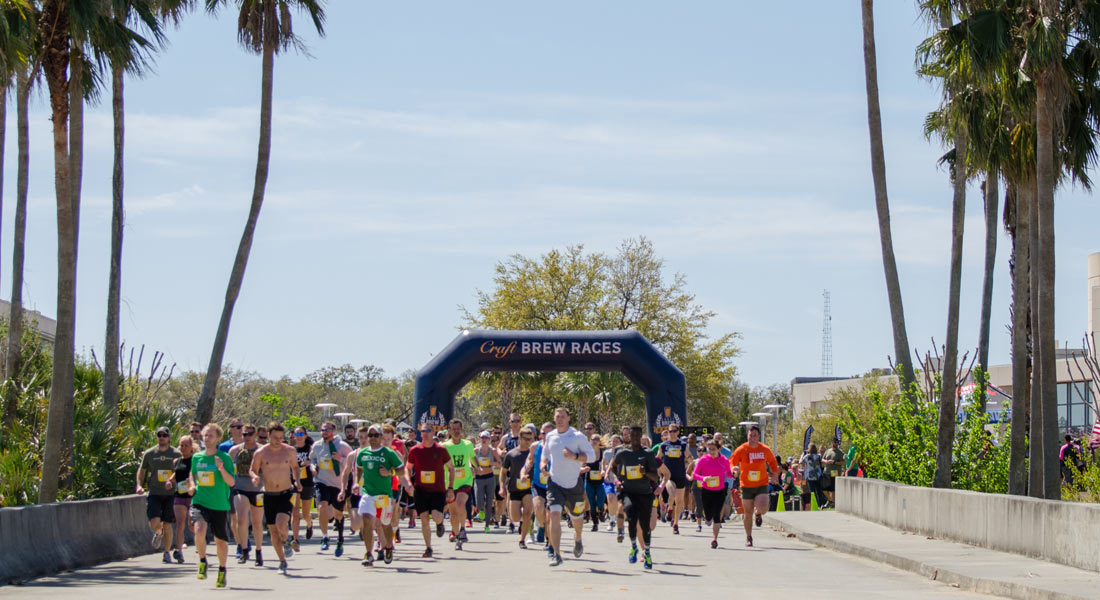 While winter storm Stella bore down on our office in Rhode Island, the Gray Matter Marketing team had a blast kicking off our 2017 season with 800 runners and attendees at our Craft Brew Races Savannah! Shout out to Service Brewing for having the largest team at the 5k race!

The outdoor esplanade at the Savannah International Trade & Convention Center provided fabulous views of downtown Savannah, and our vendors served up some of the greatest brews Savannah has to offer, including Service Brewing, Moon River Brewing, Coastal Empire, and Southbound Brewing. Kind Snacks provided tasty treats for our competitors, and Guy and Lady Barrel Cigar was offering their alcohol-infused cigars.

Other breweries represented in Savannah:

More photos from the event are available on our Facebook Page.

Missed out and want to join the fun next time? Here are our upcoming Craft Brew Races this year:

Gray Matter Marketing, LLC is an award-winning marketing and event management agency based in Portsmouth, Rhode Island. Founded in 2012, the company is known for producing best-in-class events, exceptional customer service and creating economic and social impact through events. A portion of every entry fee or ticket sold at every GMM event benefits local charity. For more information on Gray Matter Marketing, visit www.graymattermarketing.com.